Places to See & Beaches on Kefalonia

When I was younger I remember reading Gerald Durrells' book: My Family and Other Animals, set in Corfu. At the time I'd never been anywhere near Greece, but from the day I read that lovely book I wanted to visit Greece, and more particularly Corfu, with all my being.

Many years later I finally visited Corfu and was disappointed.

I had this idea of what a Greek island should be from the book and this wasn't it. Corfu had changed beyond recognition and was way too commercial.

Later I visited Mykonos, Santorini and other “typical” Greek islands. Yes, they were all beautiful but they weren't the Greece I'd dreamed about. The Greece I'd found in Gerald Durrell's books.

It was only when I visited Kefalonia (also called Cephalonia) that I found the Greece I was always searching for. 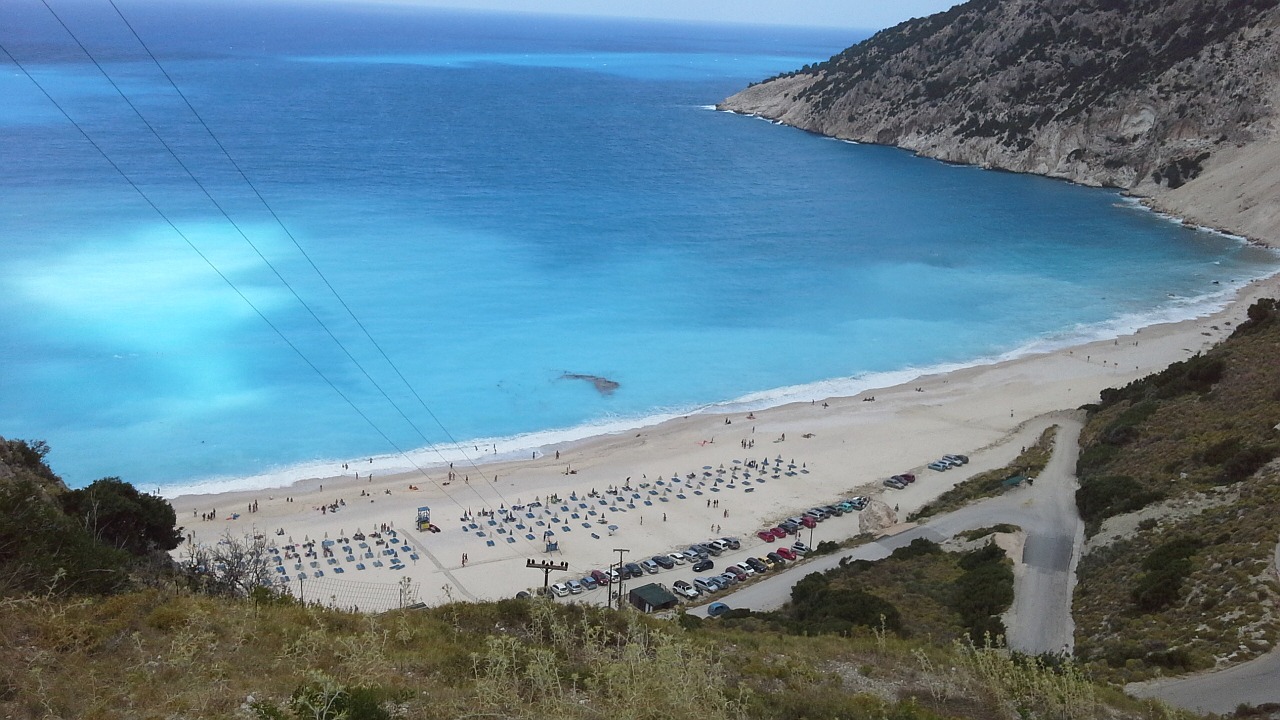 Funny thing was, I read a book when I was a bit older, Captain Corelli's Mandolin, which also portrayed Greece as I had dreamt it to be. Years later I discovered that the movie was actually filmed on Kefalonia.

That's not to say that parts of the island aren't the typical touristy Greece found on other islands; the difference here is that outside of Argostoli and Lixouri it's the “real” Greece.

Where to Stay/What to Visit? 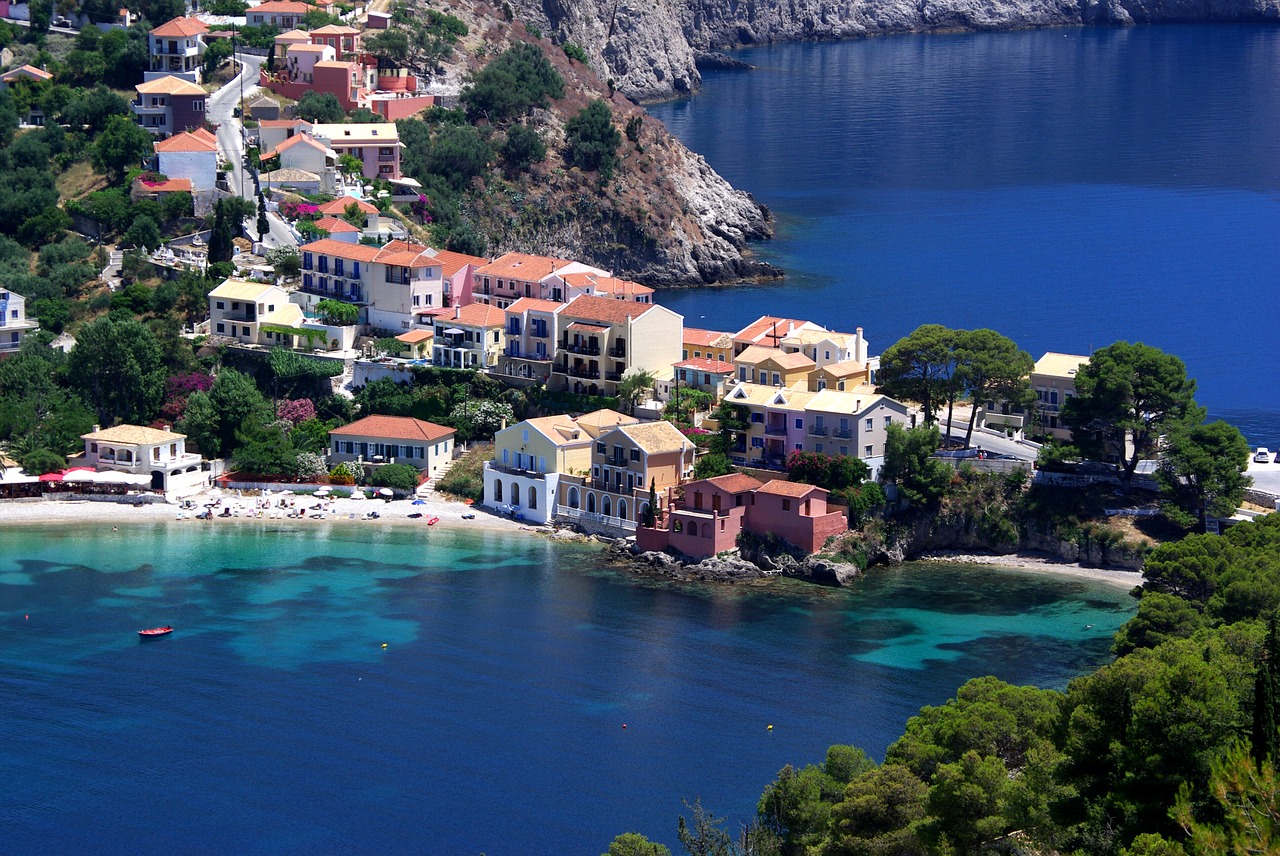 Unless you want the 24 hour nightlife and drinking/partying that goes on in the main resorts I'd suggest you stay in Assos, at either the Romanza Studios or Fantastic View Apartments.

Assos is far away from the chaos of the main resort towns and not far from Myrtos Beach (the most spectacularly beautiful beach on the island) but you will need a car to explore properly.

For me Assos is the Greece of the Gerald Durrell books; the Greece I've long sought. The Greece of shady olive grooves, white houses with terracota-red roofs, tavernas with large and lively owners and fishing boats bobbing in blue seas. It's a Greece I challenge you not to fall in love with.

If you can't get into Assos then my next choice would be the fishing village of Fiskardo, a beautiful little seaside town. Although it does seem to be getting more popular with tourists it is still unspoiled. Visit outside of July and August to enjoy it at its best. 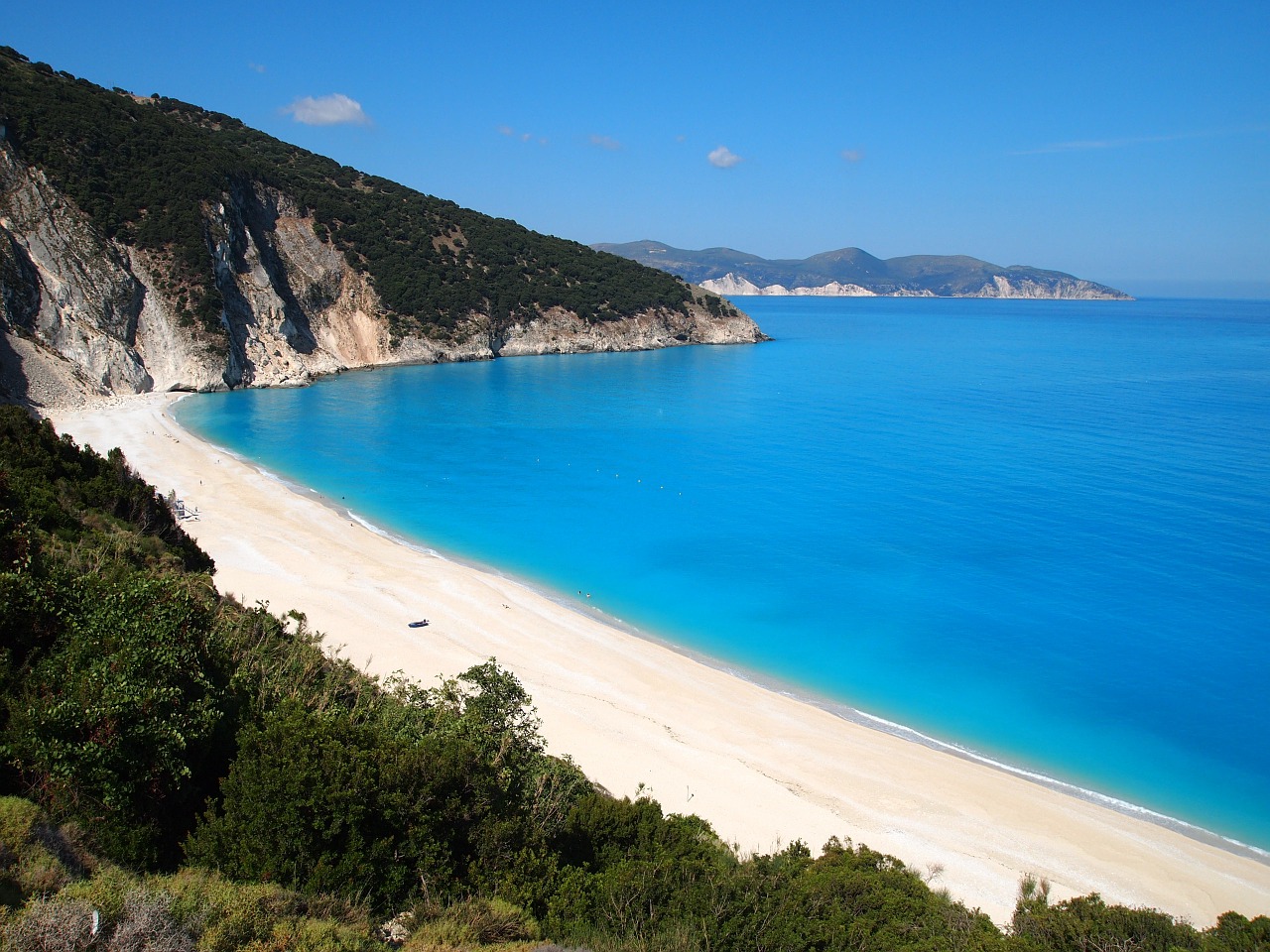 This is the most stunning of all the beaches on Kefalonia but not for children as the sea-bed slopes downwards quite steeply, making wading and splashing in the shallows dangerous for little ones.

Currents can also be fairly strong because of the rip-tide.  Although this is not a problem for someone who can swim quite well, it will be for young children. On certain days, when the sea is not clear, it may even be too strong for adults.

The beach is made up of tiny pebbles near the waterline and bigger ones further back so sandals or beach/water shoes are a good idea.

These are the water shoes I can recommend. They're really affordable, and have a thick rubber sole, providing great grip while also protecting your feet from sharp stones. Also bring an umbrella or hire one (expensive) as there isn't any shade, except for a few caves which locals say are best avoided because of the danger of rock falls.

Despite there being a little snack kiosk on the beach rather bring food and water with you as it often seems to be closed for long periods for no fathomable reason. When it does open they charge enough to make up for their loss of sales when closed.

Prepare for a long day as you'll want to catch the sunset here before you head home. Many say it is the most beautiful in Greece.

Getting to the Beach

The best way to get to the beach is to take the road from Divarata village. The views are incredible on the way down.

If you're looking for good beaches on Kefalonia that are suitable for families then Antisamos beach is a better choice than Myrtos and it is beautiful too. Antisamos was the beach featured in the Captain Corelli's Mandolin movie.

Also worth considering is the sandy red beach of Xi, actually the sand is more like red clay but it is fun to play about in and it's good for the skin too. I made myself a facial mudpack to rejuvenate my skin from all the Mediterranean sun :-) The waters are not deep, unlike most of the island's beaches, making it ideal for little ones who want to splash about in the shallows. 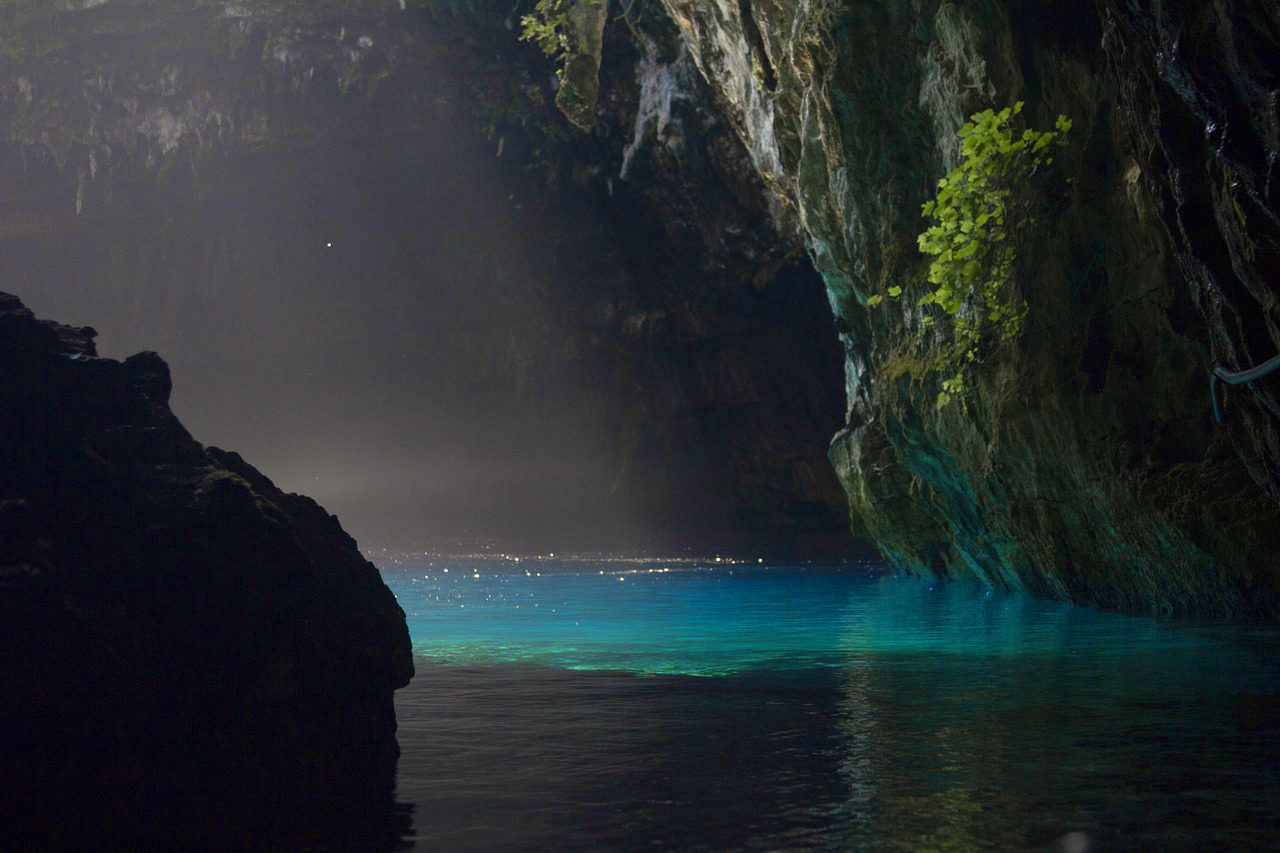 Apart from the beaches and towns, one other thing you really must see is the Melissani Grotto – Kefalonia's answer to the Blue Grotto on the Isle of Capri. You can access the cave by foot but I'd recommend you go by boat  - they are always there, waiting at the end of the pier near the caves entrance.

The boats take you into the lake that is within the cave, wild vegetation grows along the sides and the sun shines in through openings high above. It seems like another world, another age.  A pterodactyl swooping down from above wouldn't have looked out of place.

My Tip: Make sure you are inside the cave at midday, which is when the sun shines through the openings above and turns the water turquoise.

Otherwise just explore on your own and make your own discoveries. Walking is the best way to really understand the island so get yourself a copy of Kefalonia (Walk and Eat) before you leave home.

Even though walking is great, you'll still need a car to discover all the island can offer – try to book it before you arrive on the island for the best rates. I'd suggest giving Auto Europe a try - they guarantee the cheapest rates in Greece.

When to Visit Kefalonia

If you want warm weather without so many other tourists then June and September are best. You won't get much rain in either month.

My favourite month of all though is May. What's so great about May? A number of reasons really, here's a few:

Flights leave from most countries in Europe directly to the island. The two main airlines flying the route are Ryan Air and Easy Jet.  Have a look on Kayak too for deals - they have great offers on flights within Europe and from across the world.

The other alternative is to get a ferry over from the Greek mainland or from Italy (Ferries leave from Brindisi and Bari) - check out FerriesinGreece for the best deals.