Manarola is one of the smallest of all the Cinque Terre towns – only Corniglia is smaller. It's also the oldest of all the towns with people having lived here since Roman times.

What's to see in Manarola? Great ceramics, a huge rock to jump off into the sea and the best focaccia on the entire Cinque Terre. There's more too... 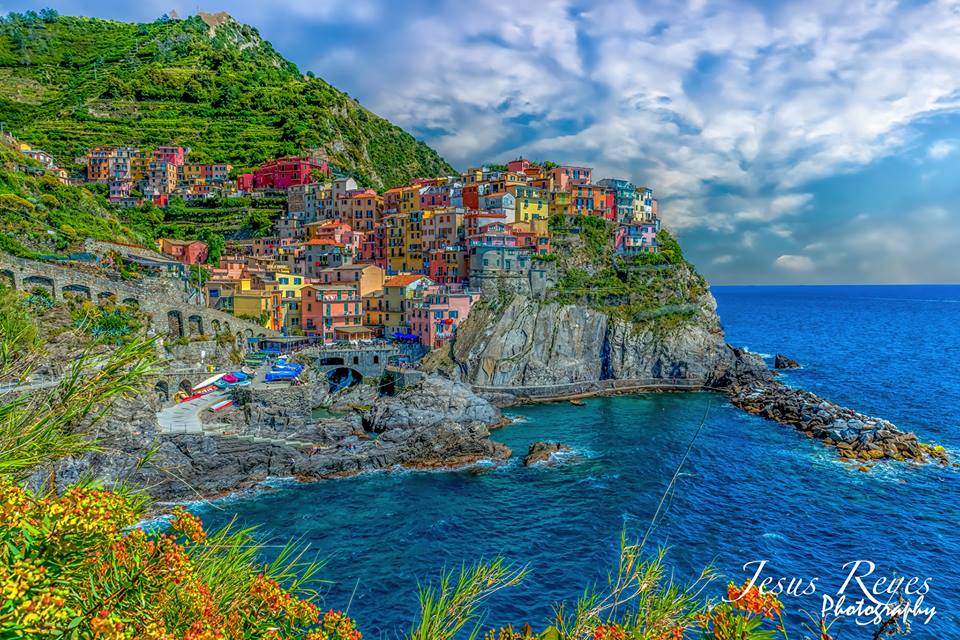 If you'd like to use Manarola as your base to explore the Cinque Terre then consider staying at the Ca' D'Andrean.  Personally, I prefer to stay in nearby Levanto at the Oasi Hotel or, when finances permit, at the Porto Roca near Monterosso.

From Manarola you can reach the other towns of the Cinque Terre by boat, with the sole exception of Corniglia which is not on the sea but up on a hilltop.

The best way though is to travel by the regional train that runs up and down all day between the towns.

You can buy a day pass for twelve Euros; this will allow you to catch the trains as much as you like and it will give you access to the beautiful walks in the National Park between the towns.

The most famous of all the walks is the "Via dell'Amore”, this walk is lovely indeed but there are far better ones - read more about the walks here. 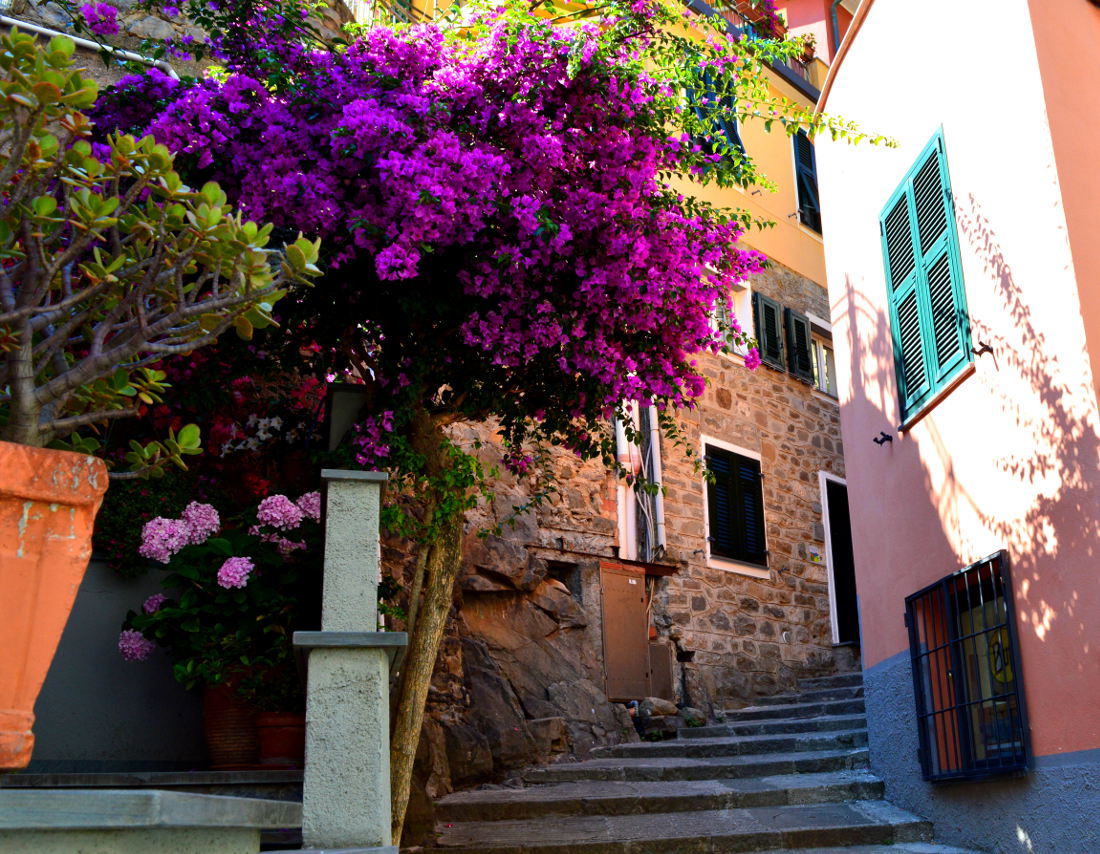 Most people visit in summer, but even in winter the Cinque Terre is still lovely with not a lot of tourists around. If you're lucky you'll get some wonderful sunny days between the rainy ones and over December Manarola hosts an illuminated display of nativity figures - said to be the biggest in the world.

In fact, if you're tired of the usual commercialized type of Christmas, that most of the word seems enamored with, and you'd like something more traditional then this is a good place to escape too. 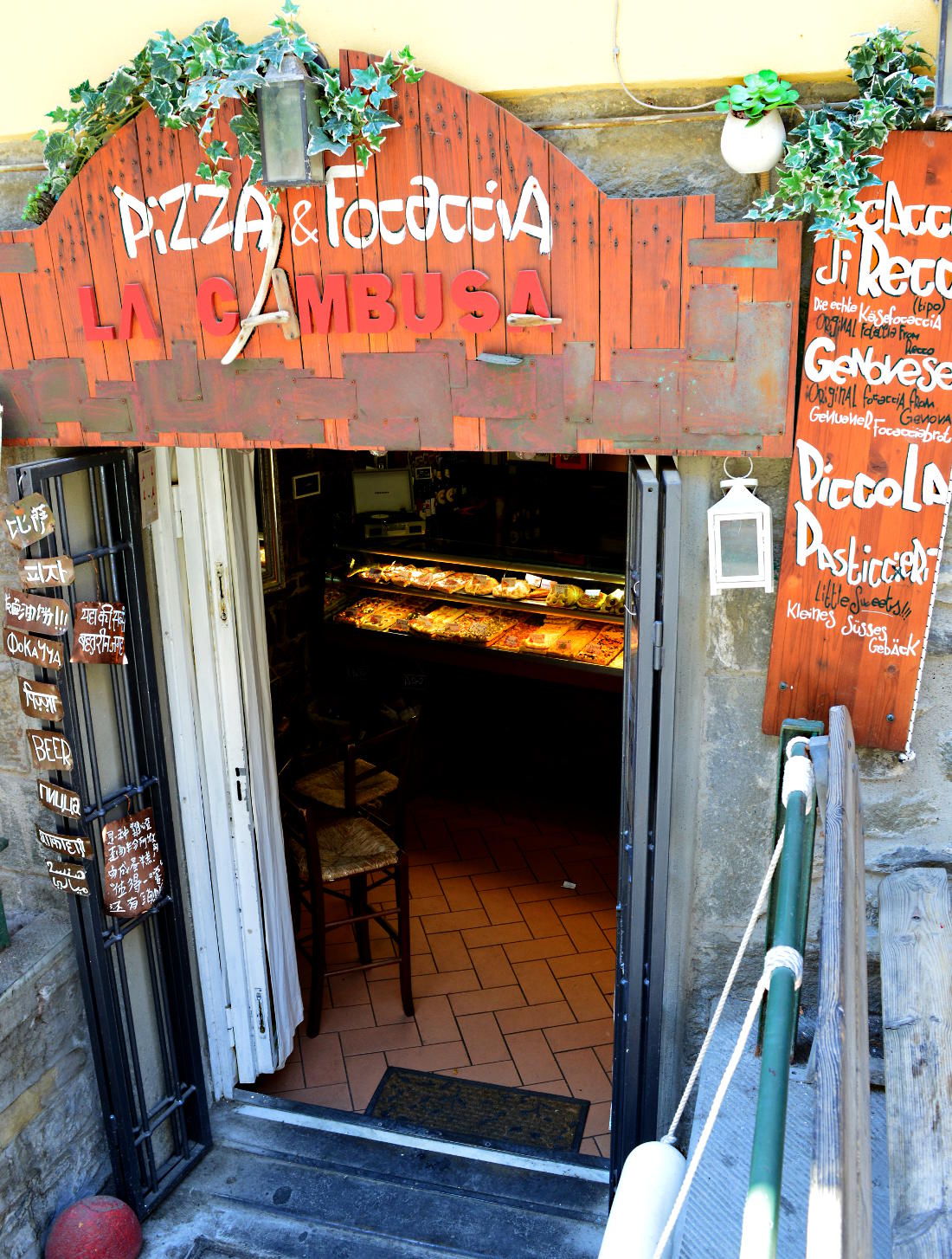 Make sure you try the focaccia at the La Cambusa. Focaccia is a traditional dish from Liguria and here they really do it superbly. The plain one with onions and not much else is the best one to try. 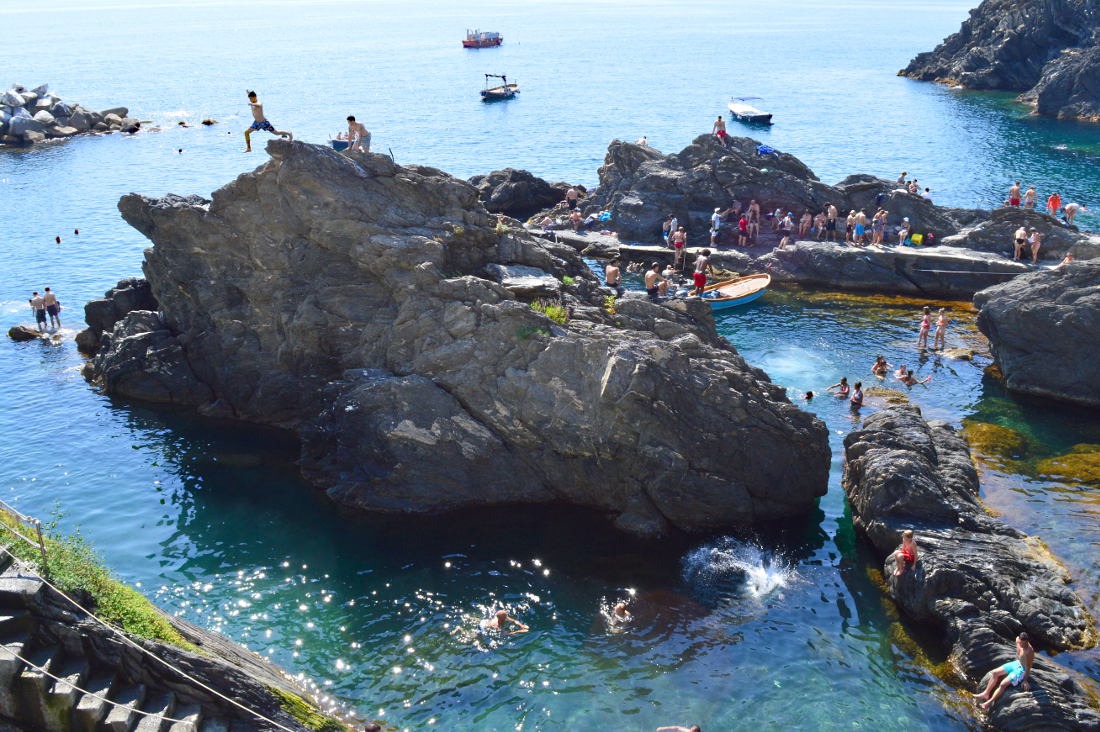 For those with a lot more courage and daring than me the rock jump is a popular activity. So if you're bored by more mundane pleasures, things like wandering through vineyards and olive groves while enjoying beautiful views, then go ahead...throw yourself off a rock into the sea. I'll sit sipping a martini and watch. 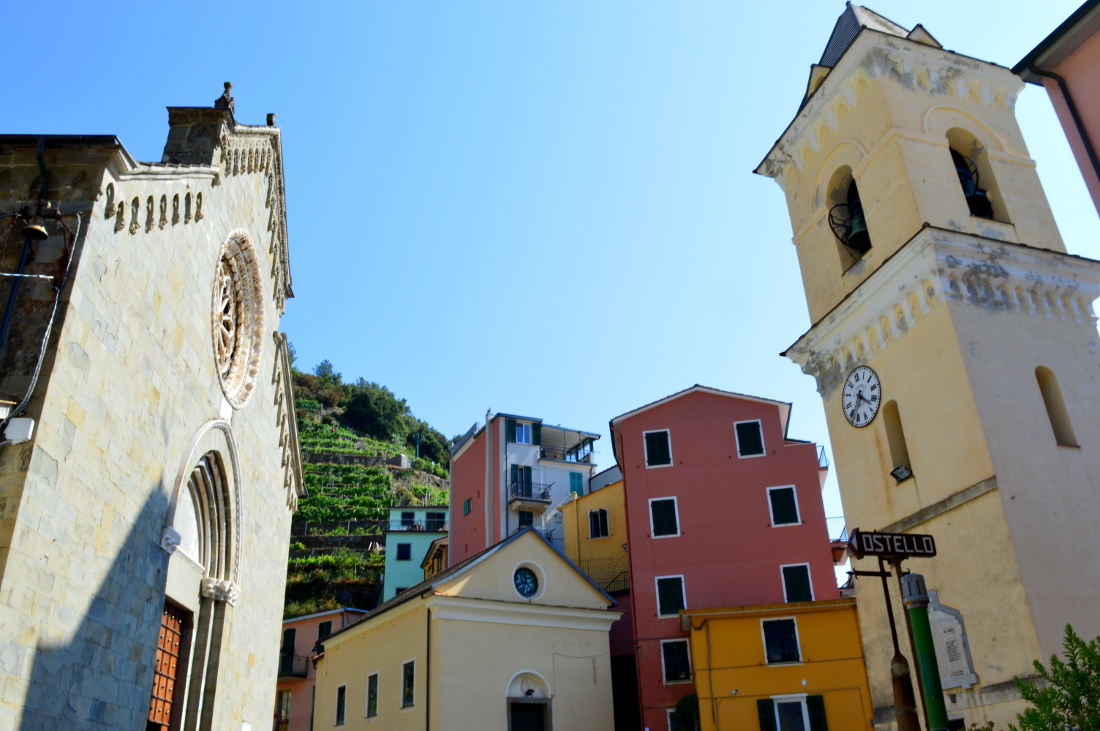 The Church of San Lorenzo (Saint Lawrence) is right at the top of the town, it's a pleasant walk up here and the views across the rooftops, over vineyard covered hills and to the sea are spectacular. 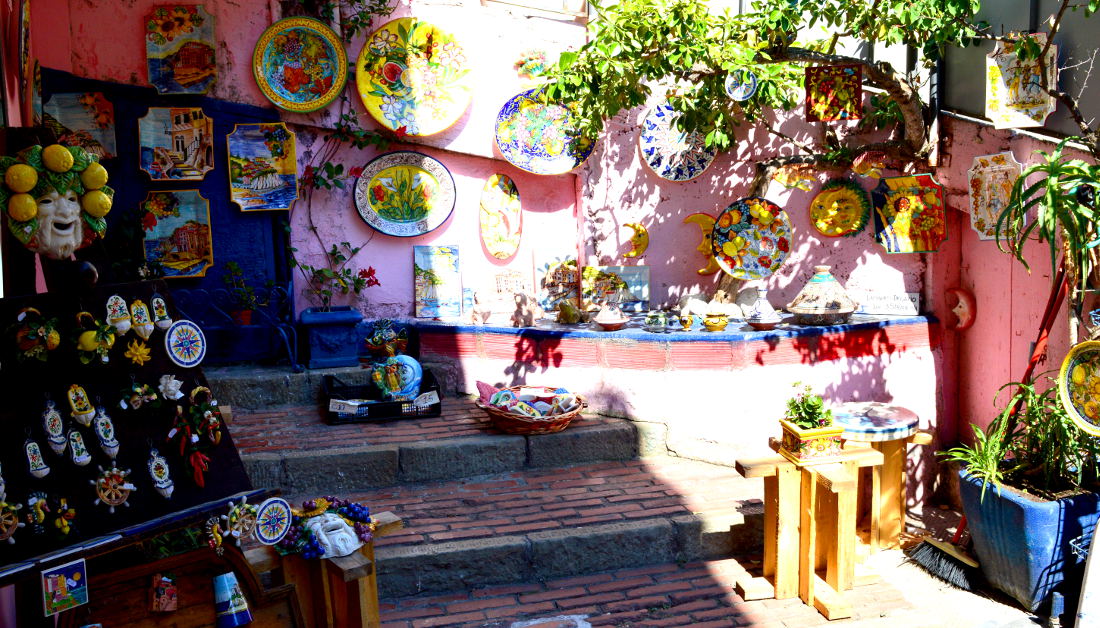 A great shop for ceramics is this one. You'll find it on the left as you walk up the road to the Church of San Lorenzo.

That's our journey through Manarola done, let's move on to the next lovely little town... Riomaggiore