Beaches, a medieval hill-town and an ancient Greek city. Not many destinations can offer all that... Agropoli has it all though... and more. 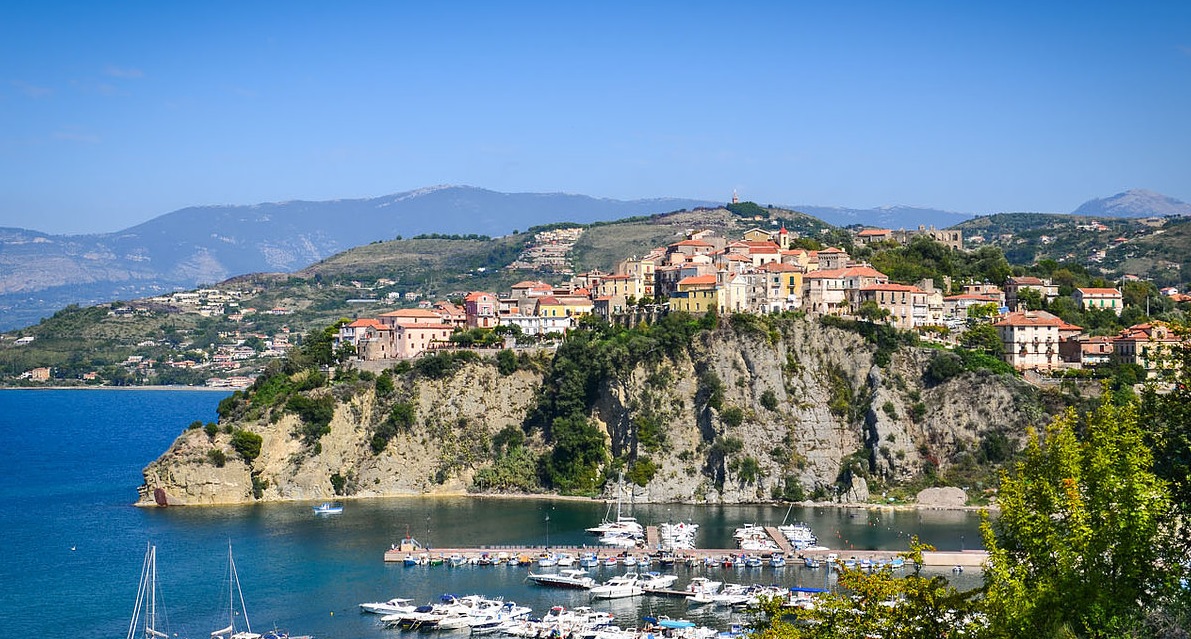 Best of all in my view is the old town.

To get here walk up via Filippo Patella, which then becomes the Scaloni Centro Storico - a set of gradually rising and very wide steps. Follow the steps to the piazza in front of the Church of the Madonna of Constantinople.

Alternatively, drive to the end of Tenenente Gino Landolfi, park and walk the last little bit.

Views from the piazza in front of the Church of the Madonna of Constantinople are breathtaking, sit on one of the benches and gaze out across the marina, the beaches far below. The Cilento National Park stretches away into the distance.

Wander around the narrow streets, have something to eat or drink at one of the little restaurants whose tables line the cobblestone lanes. Visit the divine little Chiesa di Santi Pietro e Paolo (Church of Saint Peter and Saint Paul) - Saint Paul was believed to have landed near here on his journeys.

It can get pretty hot in summer so bring some water with you for the walk up. Once you're up here you can get yourself a cool frappe or a delicious gelato at Arricria, which is on the left of the piazza as you leave the Madonna of Constantinople church.

The beach is a pleasant stretch of sand with clean and calm water. Perfect for families but a little below the fabulous standard of beaches elsewhere in Cilento, like those in Acciaroli, near Paestum and, best of all, those on the Baia degli Infreschi.

The top beach is the Baia di Trentova - a 30 minute walk from the marina.

Castle of the Aragonese

The castle was built by the Byzantines in the 11th century and later controlled by Normans, Saracens, French and Spanish.

It has looked down upon a lot of history and you can almost feel it as you walk around the imposing walls.

So well preserved, it seems the middle-ages are still right here. Look out across the bay, imagine bands of pirates landing on the beaches below as they did regularly in the 17th century.

Before that were the slavers from Africa, they dragged off more than a million Europeans to slave markets in North Africa  - many of them from the coasts around here.

When you consider that at the time Southern Italy perhaps had a population of 2 million, you can see how huge the slave trade was.

The castle is free to explore and the view is priceless - on a clear day you can see all the way to the Isle of Capri. 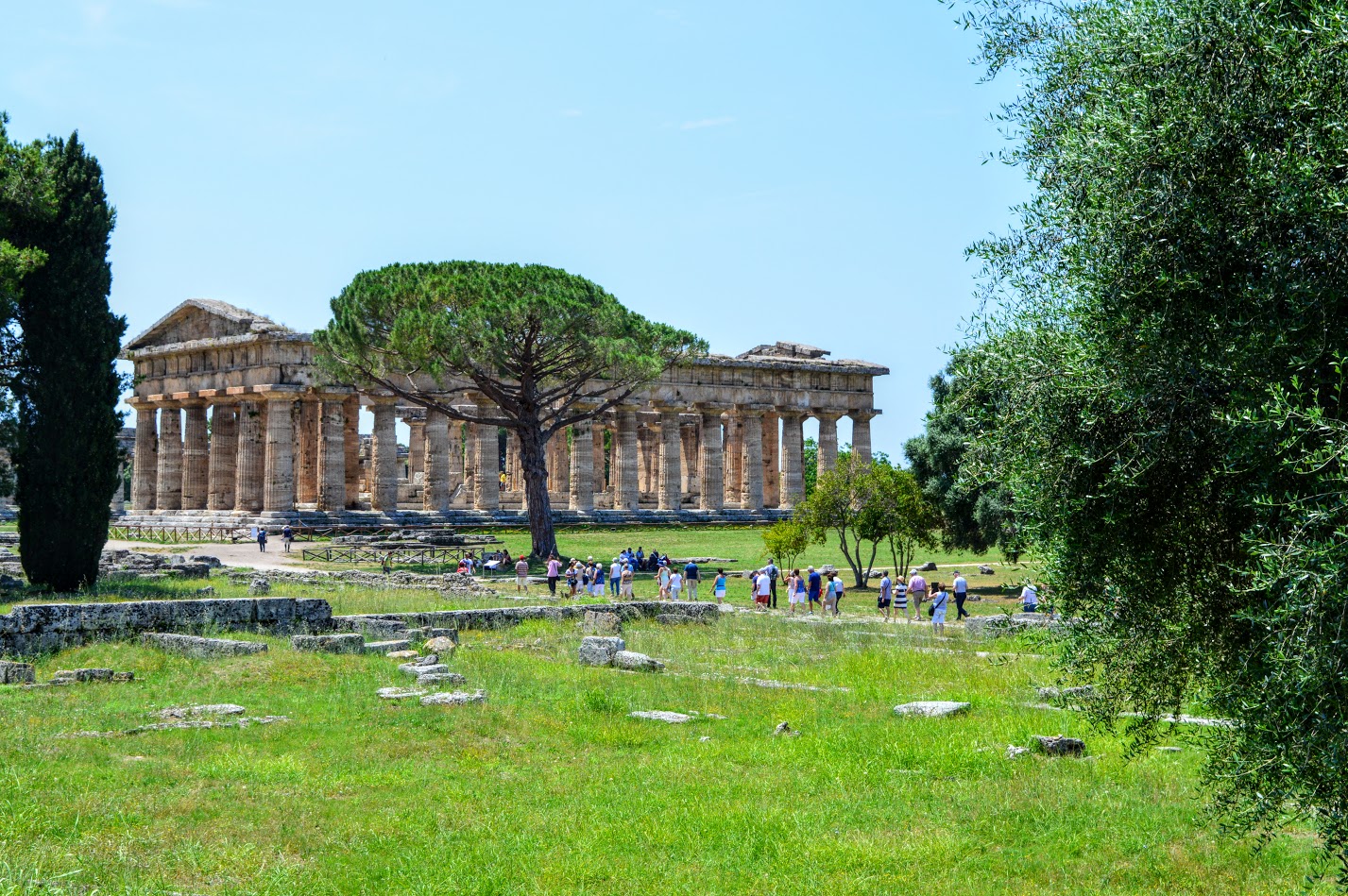 Lost for over a thousand years; an Ancient Greek city, the Rome of its day. This is Paestum: city of temples, theaters and philosophers.

Have you seen the Colosseum, the Acropolis?

This is as good, actually even better. Here's what you need to know.

Well worth a visit is this palazzo in via Carlo Pisacana. Entrance is free and inside, on the ground floor, there's a fascinating archaeological exhibition showcasing the region's history over the last 3000 years.

Upstairs is dedicated to art, with exhibitions held throughout the year. 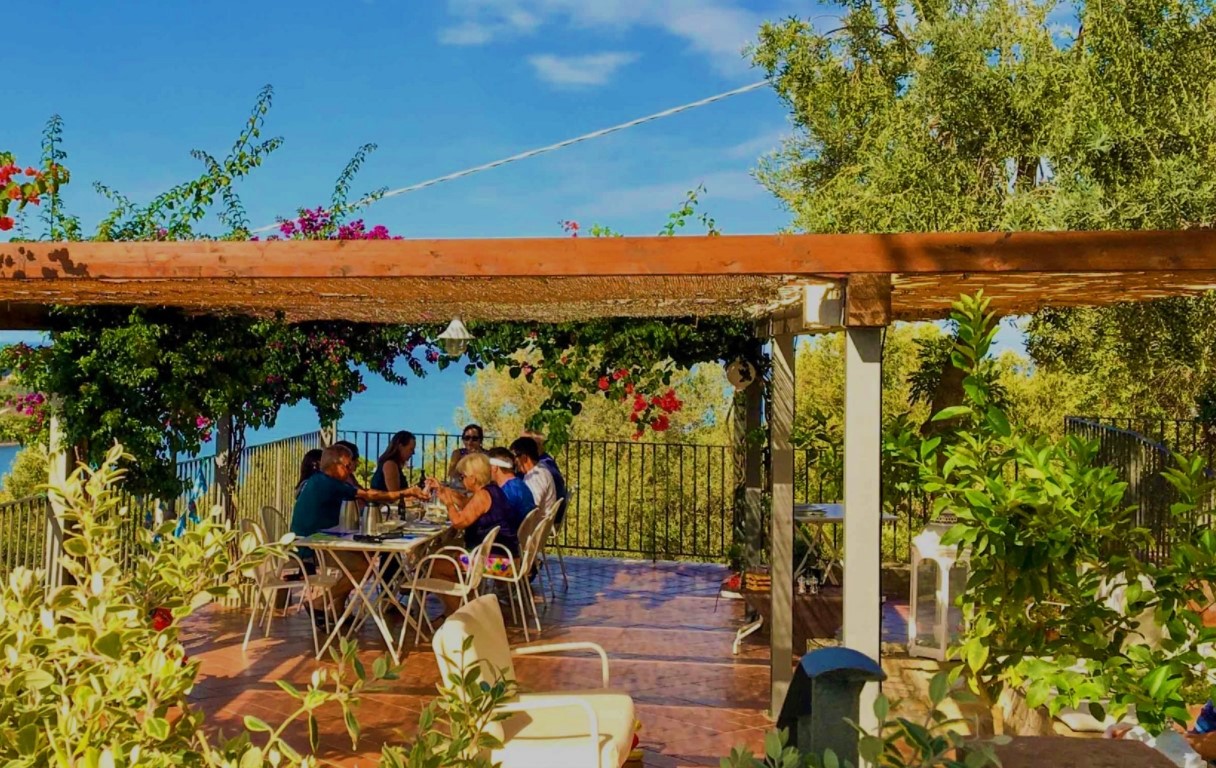 Far and away the best place to stay by a long way is the B&B Baia di Trentova.

Located on the edge of town, it's like another world.

Sitting at the outside table "al fresco" while watching the sun set across rolling hills of olive groves and a sea turning gold is a pleasure I'll never forget. 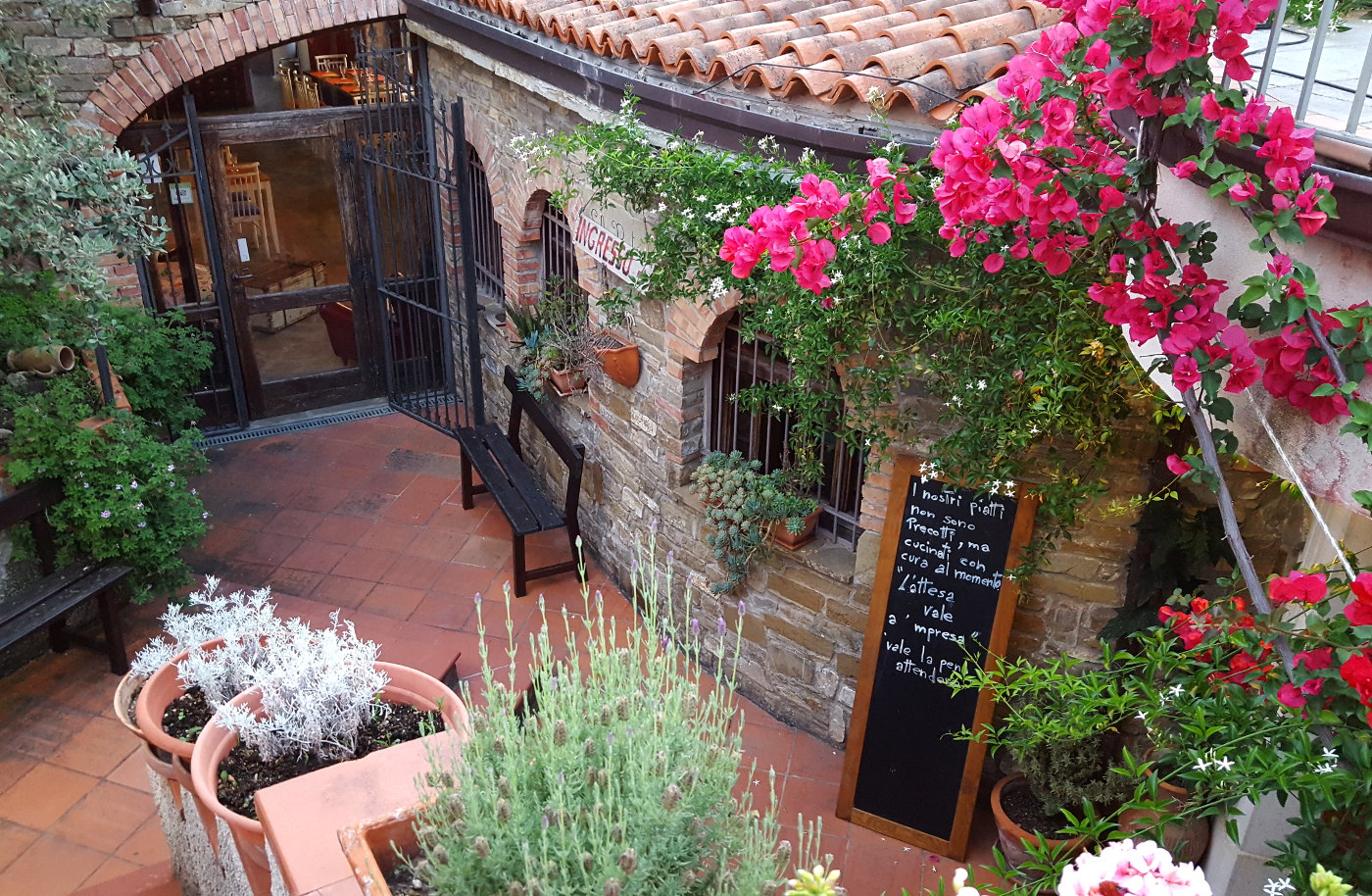 Not quite home cooked but the next best thing are the dishes mamma cooks up at La Civetta. The photo above was taken there, and as the board outside says: "our dishes are not pre-cooked but prepared fresh and they are worth the wait."

Sit on a bench for any length of time and you'll be joined by one of the locals and they'll recount incredible stories. This is a town of legends and mystery - some true and some not so true.

One of the loveliest is of Saint Francis who, after finding the locals to be uninterested in his message, stood on a rock and spoke to the sea creatures instead.

There are many other tales too.

Of Spartacus, of rivers made from tears and of sad love stories rivaling Romeo and Juliet.

Sit on that bench, take your time and let the stories of this amazing land become your stories to tell.

Anytime of year is a good time to visit Agropoli and the only time you'll find crowds, mostly Italian crowds, is in July and August.

If beaches are your thing, but crowds not, then my advice is to visit in June or September.

By car or train Agropoli is easy to reach. Here are the details:

By train: Agropoli is on the main north/south train line so you can easily get here from Naples, Rome or any other major city or town in Italy. You can check the timetables on the official Trenitalia website.