You'd not expect to find ancient Greece in Italy and yet, here it is... Paestum.

Before the birth of Christ it was one of the largest of Greek cities. Now gateway to another age, where the seas once alive with trading vessels are now filled with sun seekers.

Lost for centuries in thick forest, the city is today a UNESCO World Heritage site.

Honestly, it is one of the most impressive historical experiences I've ever had - easily on a par with the Colosseum and better, dare I say it, than the Acropolis in Athens. 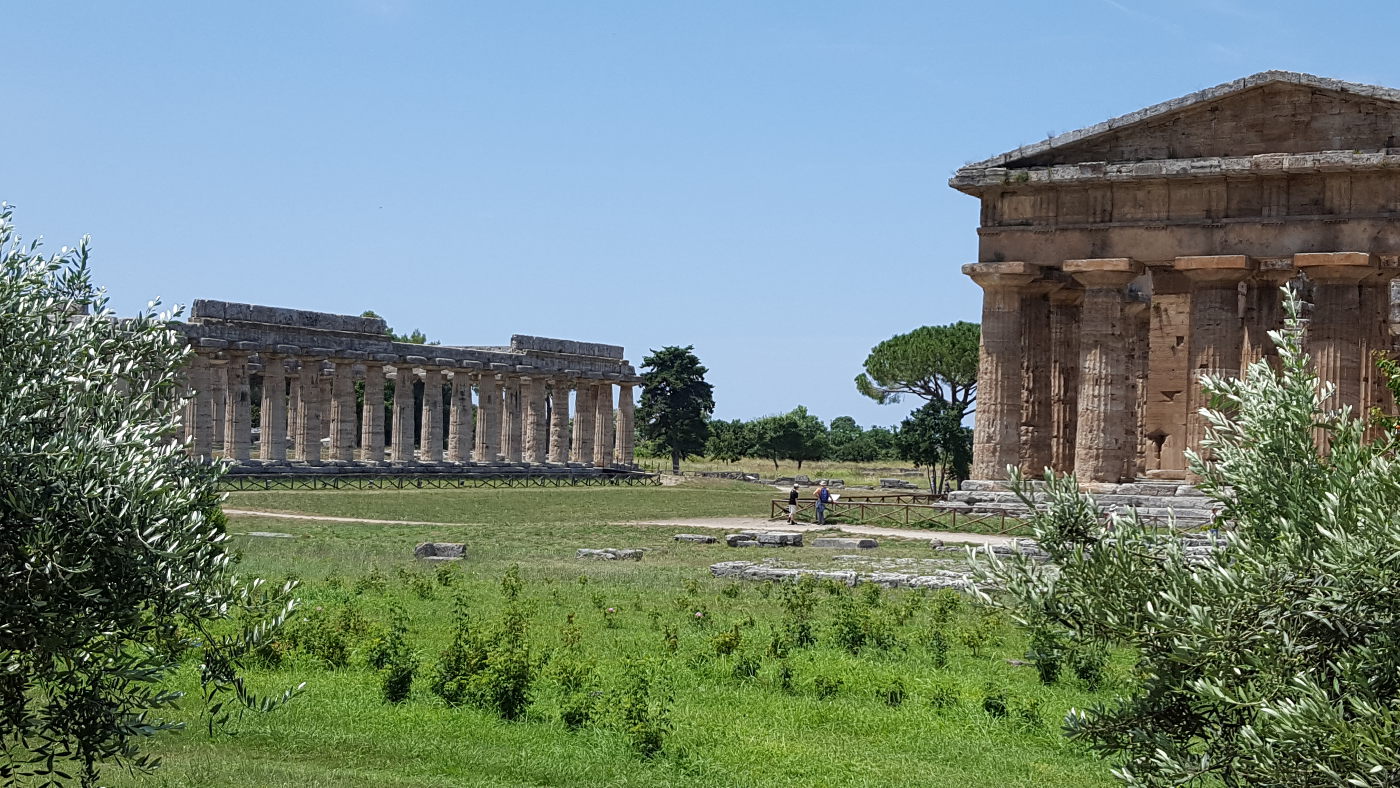 Once upon a time this was one of the most important cities in the Western World, reaching the peak of its power and influence around 500 BC.

The city was eventually abandoned around the early Middle Ages because of flooding and malaria.  It was then largely forgotten until the 18th century.

Entrance is 10 Euros and entitles you to visit the archaeological site plus the museum.

My advice is to visit the museum first, this will give you the background to the site itself and allow you a better understanding of what you are seeing.

The pottery, the wall painting from the tomb of the diver, and the metopes (carved works from an ancient temple) are highlights.

You don't really need a guide for the museum as it is pretty much self-explanatory; however, for the archaeological site a guide is a good idea. You can ask for one of the official guides at the entrance of the museum.

The highlight for me was seeing the three temples.

My guide told me that they are the best preserved Greek Temples anywhere and date back to around 500 BC.

Still, it wasn't the facts and figures that moved me. No, it was just being here, standing before them and imaging the lives that flowed in and out of their doors over 2,500 years ago.

Most spectacular of the three is the Temple of Neptune.

How they built it without the use of machinery and mortar is impossible to fathom. Yet, here it stands, still upright, and magnificent.

Floods and earthquakes have come and gone.

For more details on the site itself visit the official Paestum website. 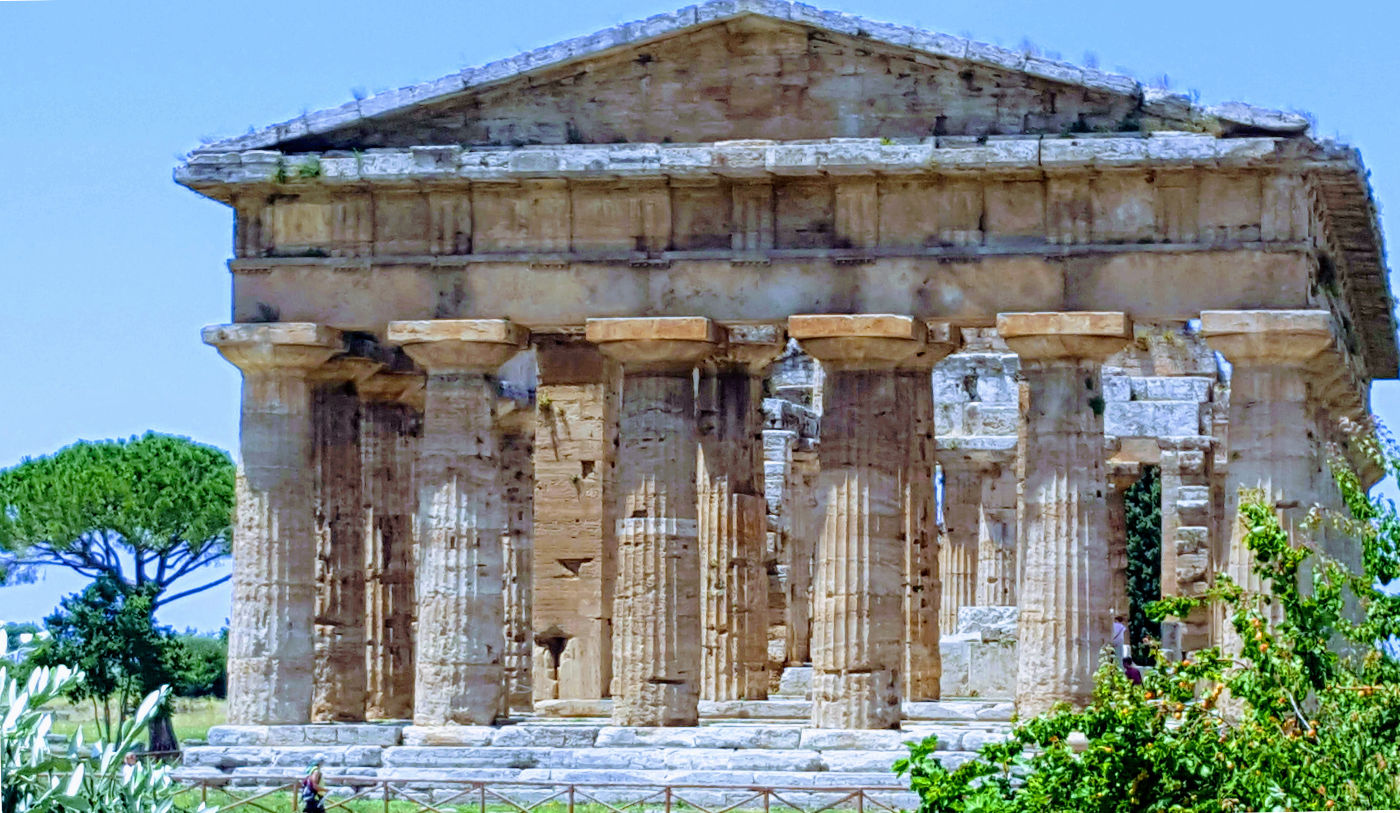 During summer outdoor concerts are held.

Don't miss attending one if you possibly can: warm evenings, temples bathed in golden light and beautiful music - truly an enchanting experience.

I stayed at the B&B Baia di Trentova and they are wonderful at helping you with booking things like this.

If you don't stay at the Baia di Trentova then your accommodation will probably be able to help. If not, you can buy tickets from 8 p.m. at the concert entrance. 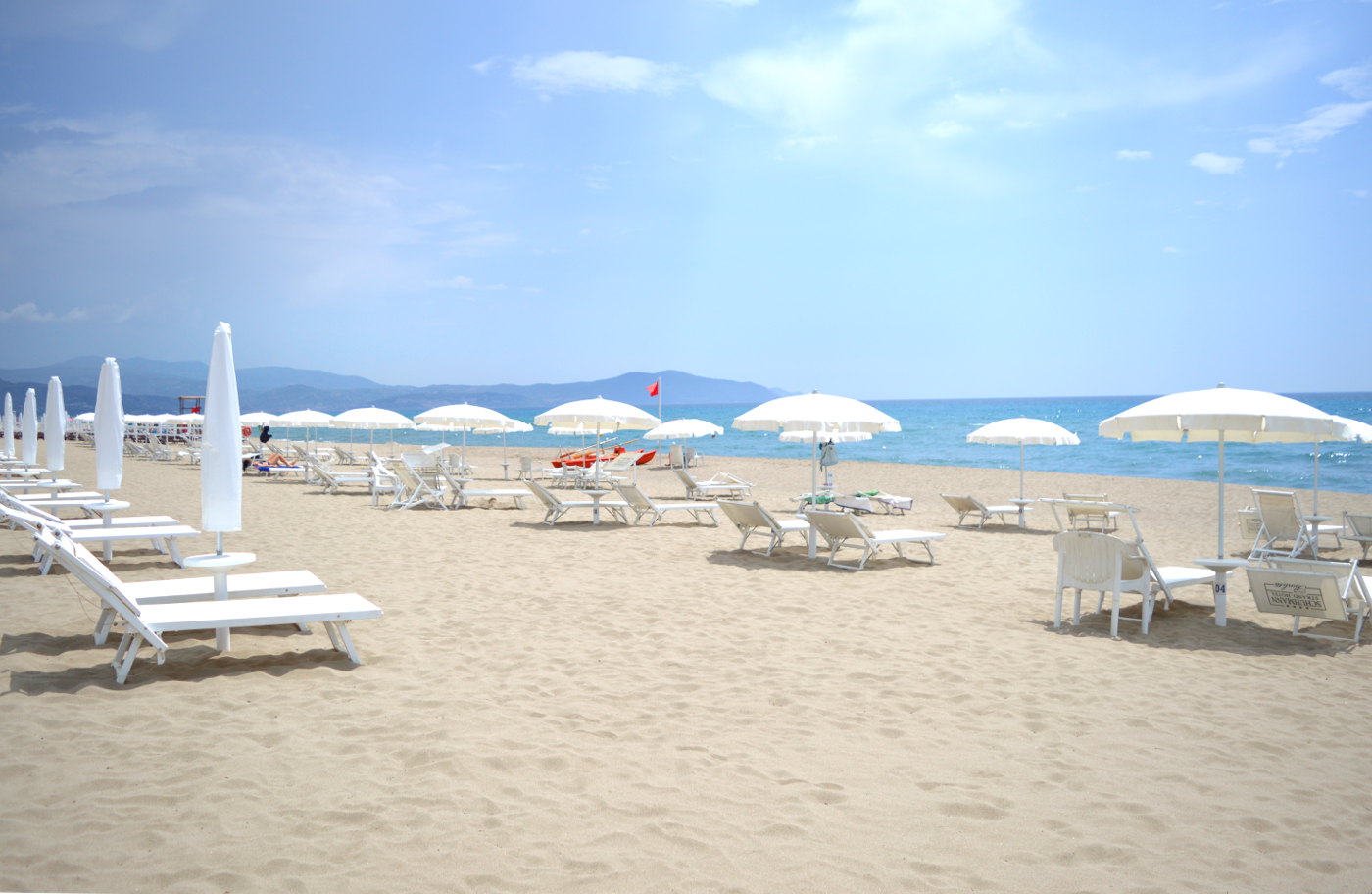 When you've had enough ancient history for one day you've fabulous beaches just down the road.

Some are pay beaches but there are plenty of wonderful and spacious free beaches.

They are seldom crowded, except for July and August.

Even then you'll still be able to find a good spot. My advice - get there before 10 a.m.

Last time I visited was in June and I just about had the beaches to myself.

No stony old beaches like those on the Amalfi Coast either, here the beaches are of soft golden sand. 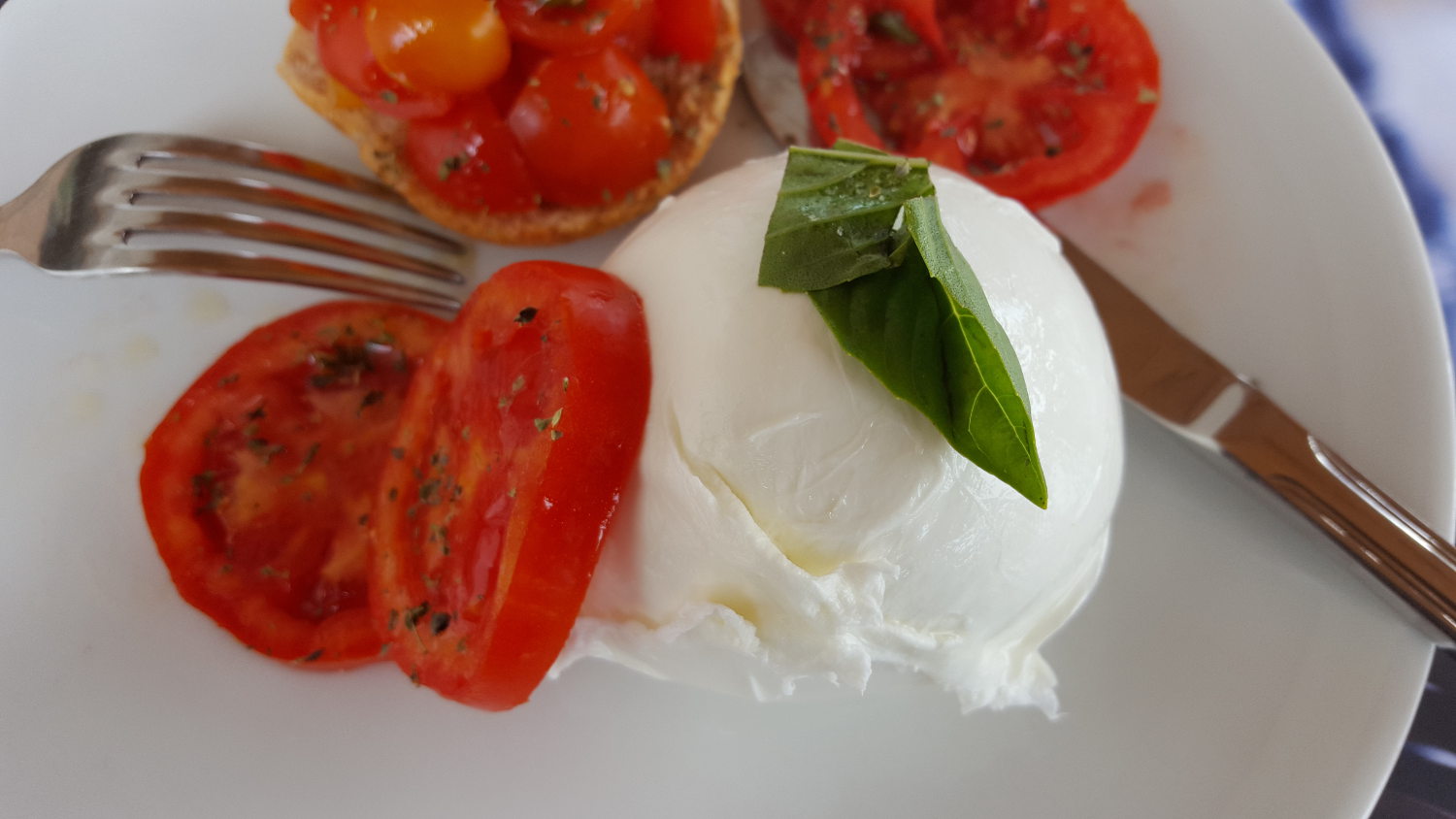 The best mozzarella on earth is right around the corner.

It would be a crime to leave without enjoying a lunch of caprese salad. World famous buffalo mozzarella and the tastiest tomatoes I've ever eaten... superb.

Where can you get this taste of heaven on a plate?

At the Barlotti Mozzarella farm in Via Torre di Paestum.

Paestum was the site of the Allied landings in the Second World War.

Both sides agreed not to bomb the historical city of Paestum though. As a result the Red Cross treated the injured of both sides at the site.

You can still see the house that General Clark used as his headquarters. Visit too the monument dedicated to those soldiers from the 36th Texas Division.

It really is easy to get here; Paestum has its own station on its doorstep. You can get a train from most towns and cities in Italy and walk to the ruins in Paestum from the station.

If you are driving then take the E45 motorway and, from the north, take the Battipaglia exit. The map below should help...