Melissa Perozzi and Taran Tyla fall in love with Sardinia and each other, sleeping under the stars on remote beaches with only goats for company.  This is their story... 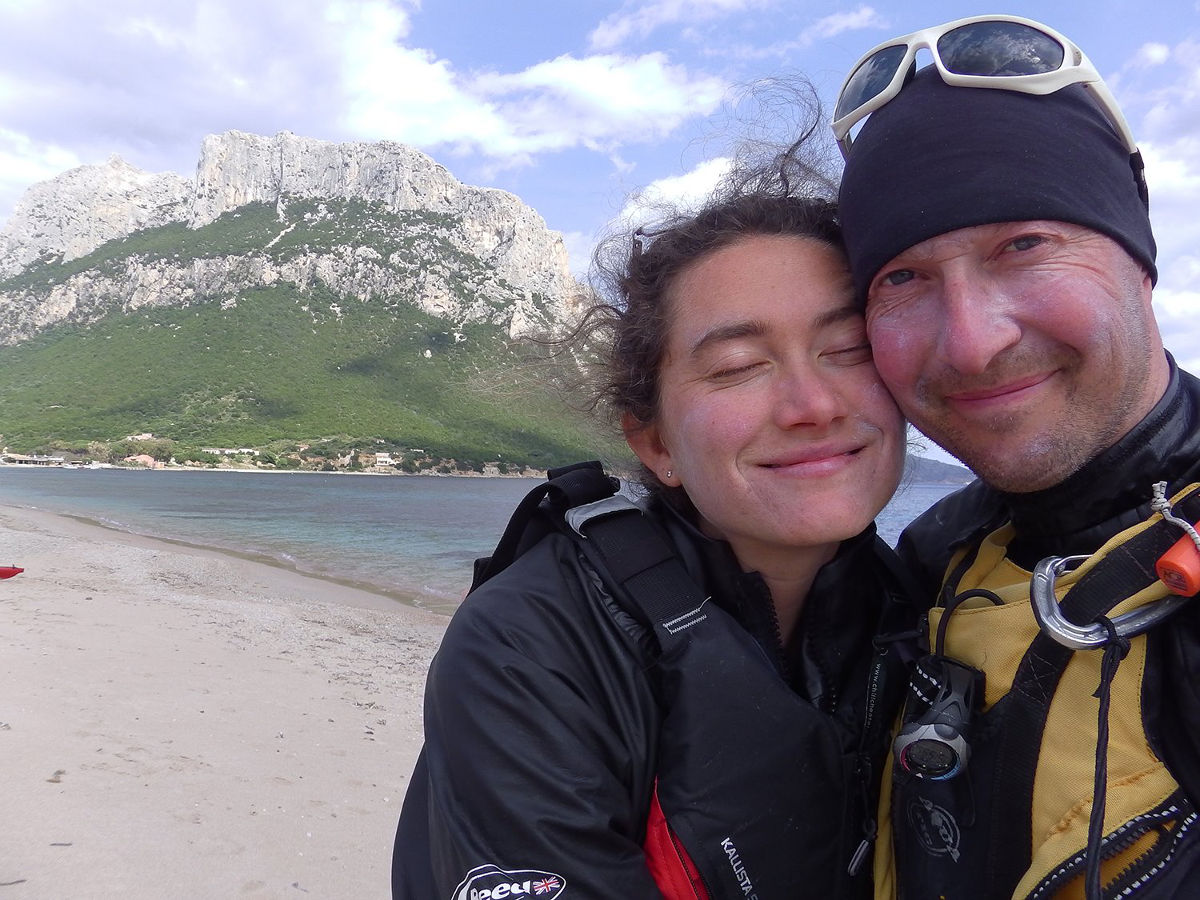 In life there are many paths to follow and finding your own path can be a long and difficult journey. But sometimes fate just steps in and points you in the right direction like an invisible helping hand.

That is what happened to me in 2010 when an ex girlfriend asked me to go on holiday with her to Sardinia.

Once there I was swept away by the beautiful towering emerald green landscape and azure blues of the sea. We went our separate ways after the holiday but my love affair with Sardinia will last forever.

Looking for fabulous beaches in Sardinia? Try these! 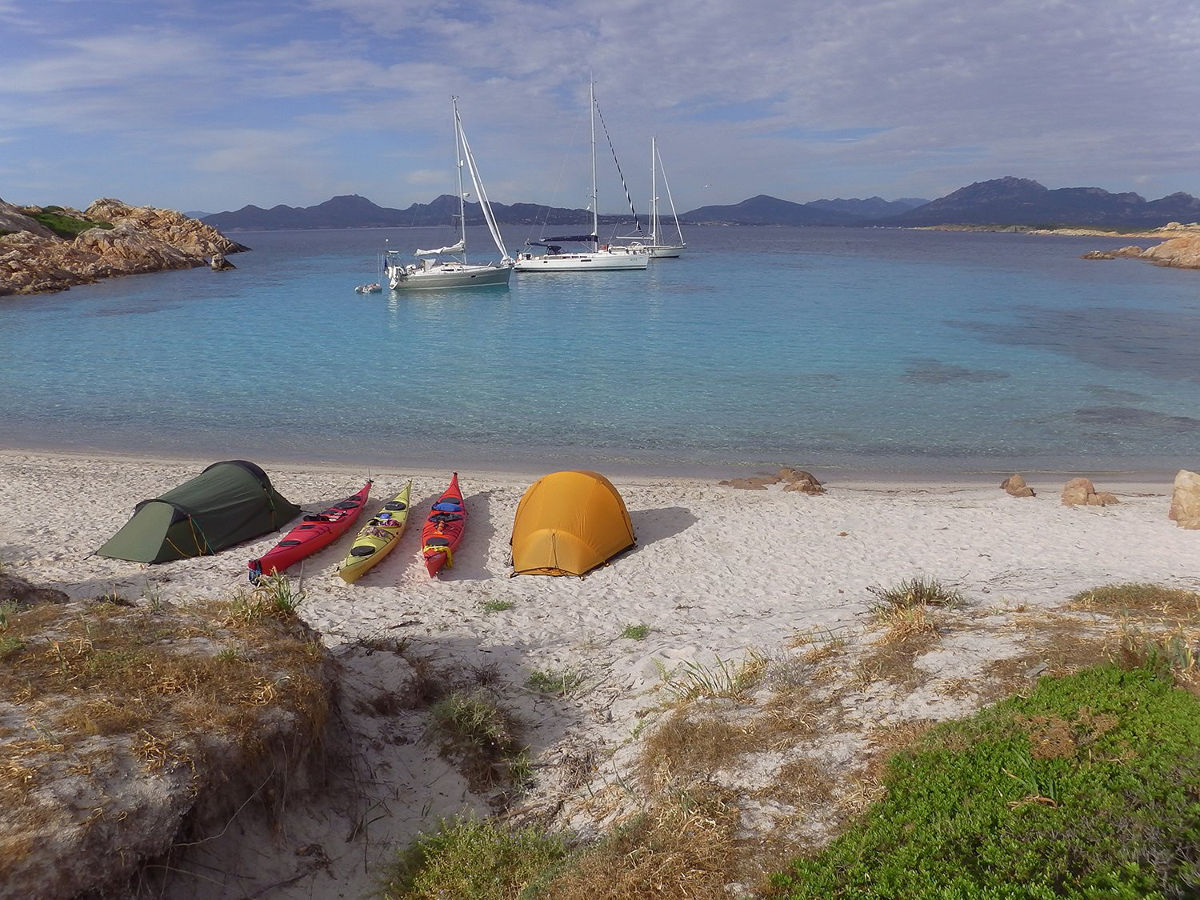 Home on the Beach

The following year fate crossed my path again as the offer of a job working as a sea kayak guide in Sardinia came my way. I didn’t have to think twice and jumped at the opportunity to return to La Bella Sardegna again.

At this time, unbeknownst to me, fate was working its magic simultaneously on the mainland of Italy, as the woman I was to come to love was also adventuring in Italy and learning its flamboyant language. We were slowly forming two paths that were destined to merge as one.

Moving on and in early 2015 I met Melissa and knew that life would never be the same again. Almost immediately we began planning an adventure together and for me there was only one place to go! Luckily Melissa agreed and we booked our flights to Alghero (try Kayak for the best prices) to begin an epic cycling adventure, circumnavigating the whole of Sardinia by following its dramatic coastline.

For some hilarious tales while exploring Sardinia by bike get yourself a copy of "The Lead Goat Veered Off". 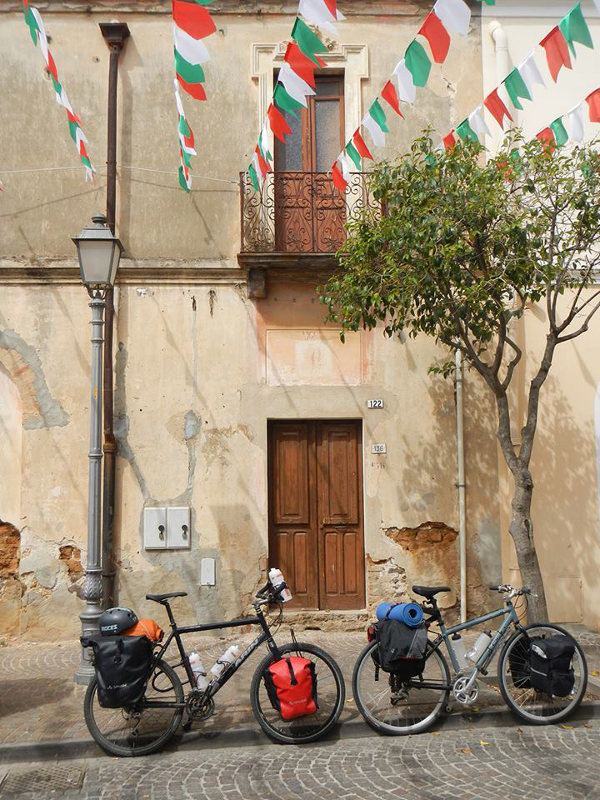 We spent forty two wonderful days cycling the hilly coastline and camping wild at night, sometimes not bothering with the tent and just sleeping under the stars.

We met wonderful kind people and saw nature close up in all its forms - from locusts chilling in the grass to tortoises beside the road...and of course goats, lots and lots of goats.

The tinkle of their bells as we toiled up hills made life good again. We even spotted dolphins sometimes as we pedalled along. Small wonder that during this adventure I was already starting to plan the next trip here!

The following year we returned for the whole summer. We rented a house in the hills and spent our time exploring the coast and islands by kayak, the hills and mountains by foot and the dirt roads by bicycle.

Melissa took to life exploring Sardinia like a duck to water. She is half Italian but left Italy when she was three years old. She did not remember how to speak Italian but has recently learnt again and this makes life easier for us.

Me on the other hand...I am struggling with the language and find it challenging and often amusing trying to live in a country where so few people speak English. I often make amusing language errors and cultural ones too. I was shocked when a male friend tried to kiss me on both cheeks (I am Welsh!)...and so not used to this touchy feely Latin vibe. Even my own brother does not kiss me! My surprise was obvious and amusing to everybody present. 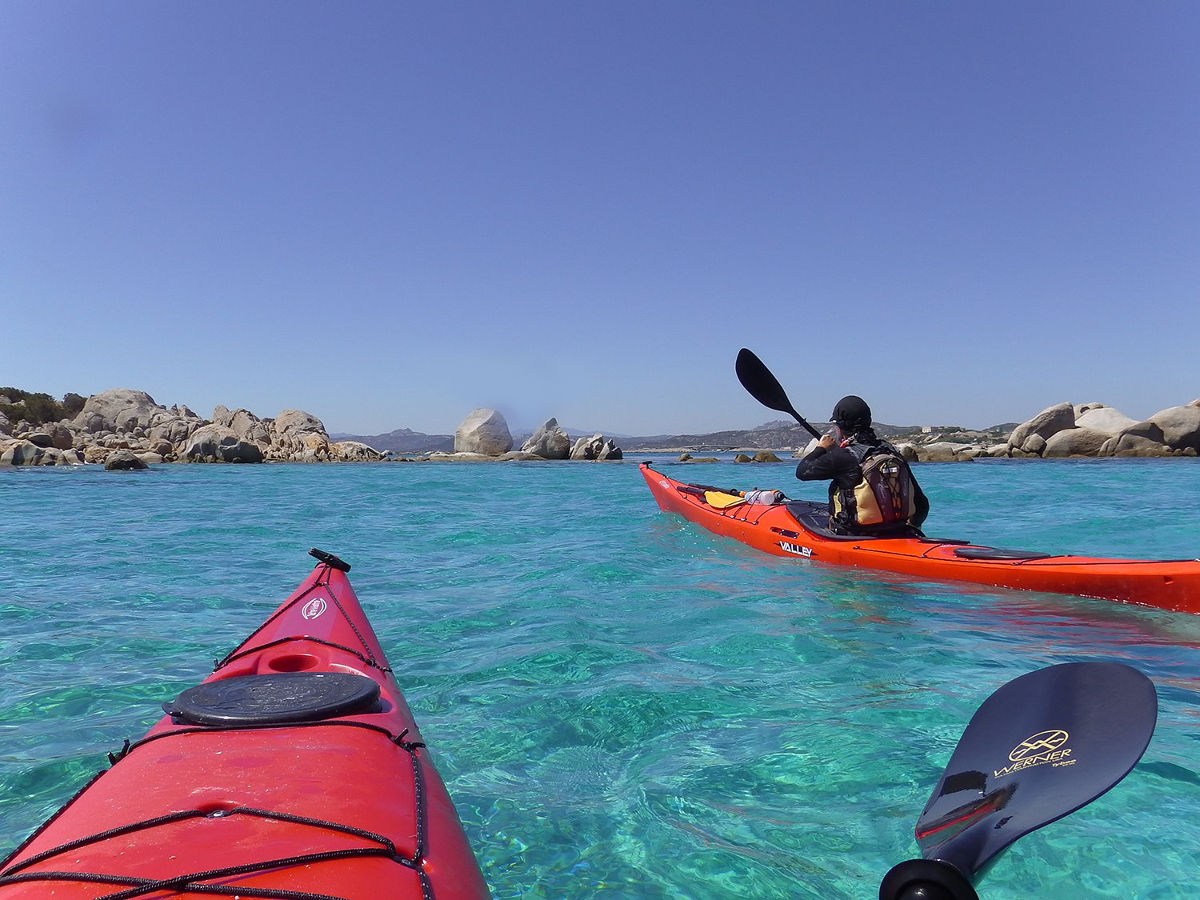 The hardest part for me is without a doubt the "riposo". You probably know it as 'siesta'. As I come from a big city in Wales I’m used to 24 hour supermarkets... so living in a place where the shops close for two to three hours for lunch can be highly frustrating. Even after several months of living there I was still forgetting about this as I cycled off to the shops!

The best part of Sardinia for me is the island itself. The landscape and wonderful weather make this a very special part of the world. It is not hard to find a secluded beach all to yourself although it gets trickier in July and August as these are peak tourist times. Mountain tops guarantee solitude and there are many quiet roads to explore by bicycle.

I am sat now, writing this article in Wales and counting down the days to our return.

Before leaving the island last year, myself and Melissa decided to end the year with a big adventure. A sea kayak circumnavigation of the island. It was one epic adventure - 1200 kilometers in total that took us 46 days to complete.

We filmed a movie on route for our memories, but also to share and inspire others.

Hope you enjoy it!