Sampling the south: a 3-stop tour of County Cork 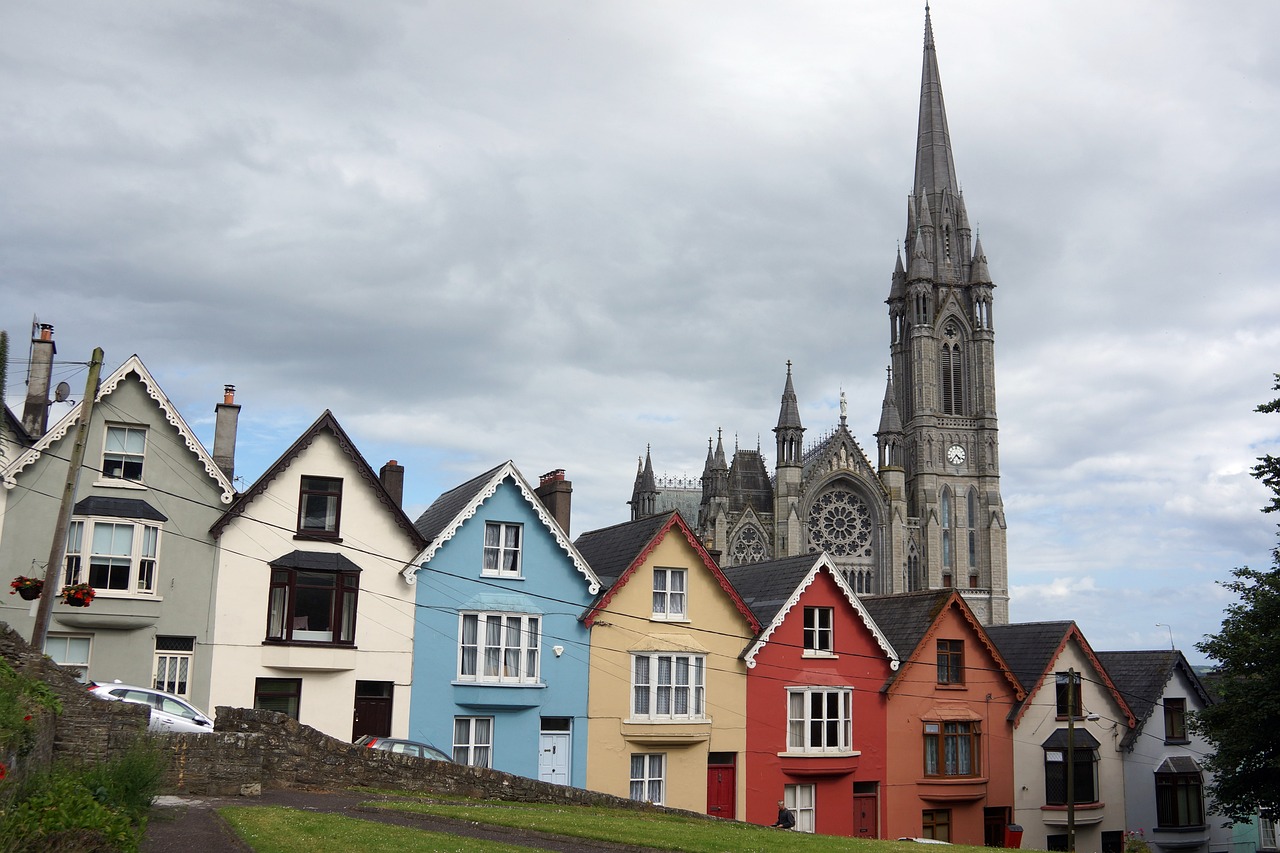 Cobh (pronounced ‘cove’) is on Great Island in Cork Harbor. It’s typically approached from the interior. But being a port town it presents its best side to the sea. Its tiered array of sea-facing facades, backed by the magnificent gothic St Colman’s Cathedral, is best seen from the Haulbowline Ferry, which operates in the famous Cobh harbor.

The view, for me, is reminiscent of Bosa, in Italy.

Cobh is famous for being the port from where so many (America-bound) Irish fled the potato famine in the mid 19-century; and Cobh was the Titanic’s last port of call on its way to New York in 1912

… which all adds to the flavor of a fascinating town.

But Cobh is a ‘destination’ in and of itself; and I say that because I’m a sucker for promenades, quays and marinas. I love nothing more than to buy ice-creams and stroll with the family along misty seafronts. When in Cobh, I love popping into the Quayside Bar and Restaurant to feel that promenade ambience and to scoff a plate of their white-fish gujons.

It’s well worth staying a night or two in Cobh, at the Oakhurst B&B. Eileen’s rooms are refined, and classy. The bathrooms are modern, the harbor view special, especially from the terrace at breakfast time.

Blarney: the stone gets you talking, the food leaves you speechless 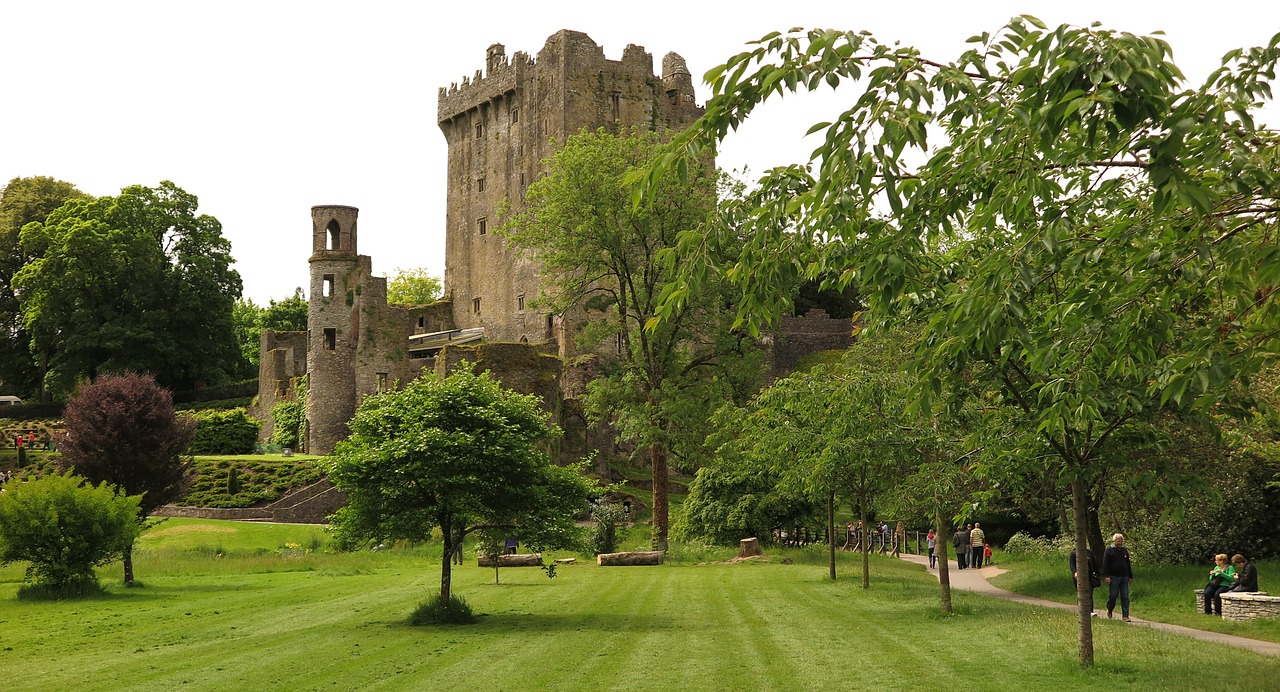 People miss the wood for the trees in Blarney. They squeeze up the staircase of an old ruin, and queue up to perform the worn-out ritual of kissing a worn-down stone.

It’s not my place to knock the Blarney Stone kiss. I’ve done it. It’s ticked off my bucket list… so I won’t discourage you from ticking it off yours. Thing is, Blarney has far better offerings: walks along stone-walled country lanes; the swans on Blarney lake, the park in the town square … and the artisan menu, as presented by the Cronin sisters at The Square Table Restaurant.

Kissing the cured meats and the foraged wild mushrooms beats kissing the old Blarney Stone every day of the week… except Mondays … the Square Table is open Tuesday through Sunday.

The place to stay in Blarney is Beechwood House, a suburban cottage about a mile from town, where you are surrounded by Irish country class, connected to the world via WiFi and television, and catered to by a chef who serves Irish, continental and vegetarian breakfasts. 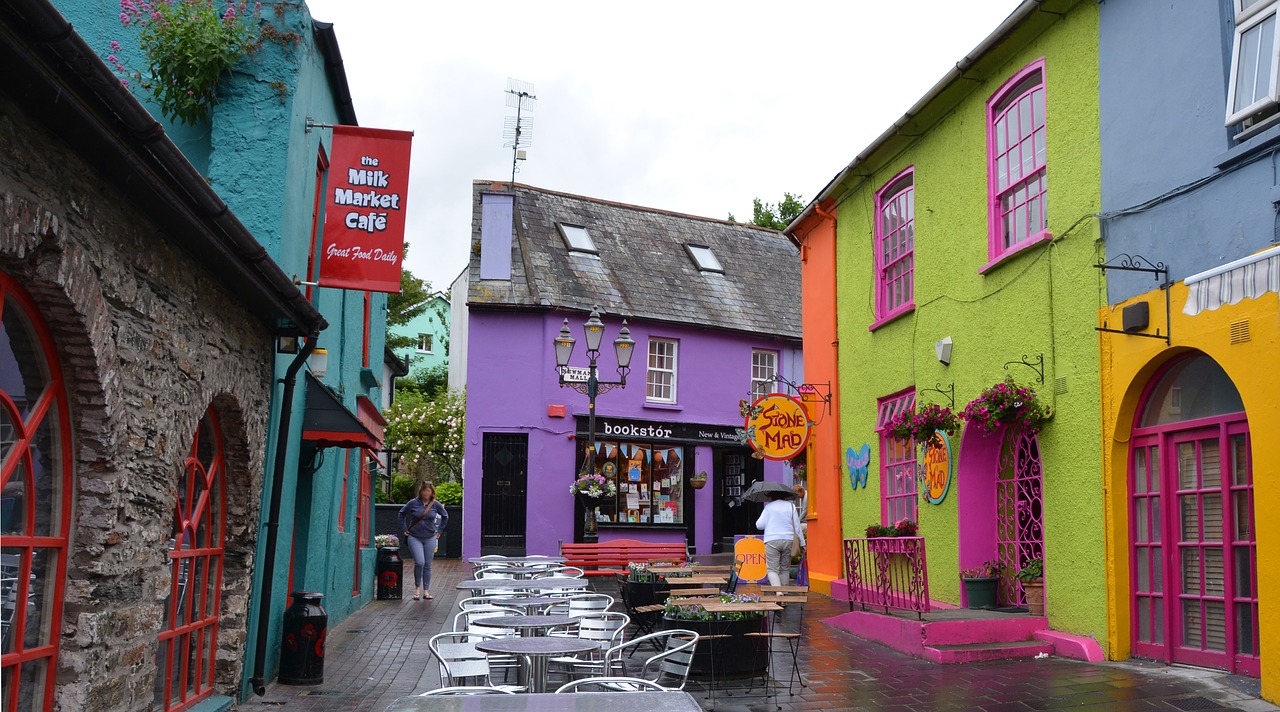 When we come to Kinsale, typically we’ll book into Long Quay House, because its central and we love looking at the shops, before strolling down to Pier Road and the river Bandon; where I stop and ask my wife… were we just inside an art gallery?

That’s not because a couple of the shops ARE in fact art galleries. It’s because the shop fronts are all works of art.

As in Killarney so in Kinsale.

Where Killarney has Lake Leane, Kinsale has the Atlantic, and the prettiest harbor in Ireland, speckled with gorgeous catamarans and fast sloops; and a quayside lined with fishing boats, trawlers and yachts—

Here again I’m derisive of the Blarney Stone ritual, that in my case did not work. When gazing at Kinsale harbor I am again lost for words. Does the Wild Atlantic Way leave the best for last? I think it may…

The bastion of old British rule is sprawled on a bluff, guarding a harbor that was vital to Elizabethan generals back in the day. Today, the nearby Bulman’s Pub is a treasure trove of memorabilia dating back to 1601 and the infamous Siege of Kinsale: when Irish champions, Hugh O’ Neill and Hugh O ‘Connell, allied to the Spanish fleet, battled with the invading English for control of Ireland.

You’re bound to find a Bulman’s regular willing to regale that story. Later, do try the lobster at Toddies Restaurant (attached to the pub).

Don’t mistake Toddies for pub grub. It’s gourmet grub… as are so many of Kinsale’s eateries. The food scene is on the up here too. Kinsale is very much on Ireland’s ‘food trail.’ The pubs here are mostly gastro-pubs, known more for their food than their drink… and they all compete for top spot on the restaurant listings.

By the way, this town was home to Keith Floyd, the original TV chef.

Cobh is a 30-minute drive down the N8 from Cork city. Public transport will get you there too, but if you’re touring…

Blarney from Cork takes 15-minutes on the N20. The same applies re. public transport. It works, but a car works better.