For sheer natural splendor, Galway City’s 3 beaches hardly match their rural neighbors to the north and south, but the Galway buzz is the perfect counterpoint to the stark emptiness of, say, Connemara. If you’ve spent time in Connemara – and I strongly suggest you do – you’ll need a shot of city life somewhere along the way… for balance.

Galway City sits in the middle of the Wild Atlantic Way, and is itself a balancing act. It manages to combine cosmopolitan chic, traditional Gaelic culture, and college life… which all mix rather well.

This is an old city, established in the middle ages. It’s had ages to settle and to find its rhythms and harmonies… which can be heard long into the night at live music venues like the Roisin Dubh and The Blue Note in Galway’s West End. 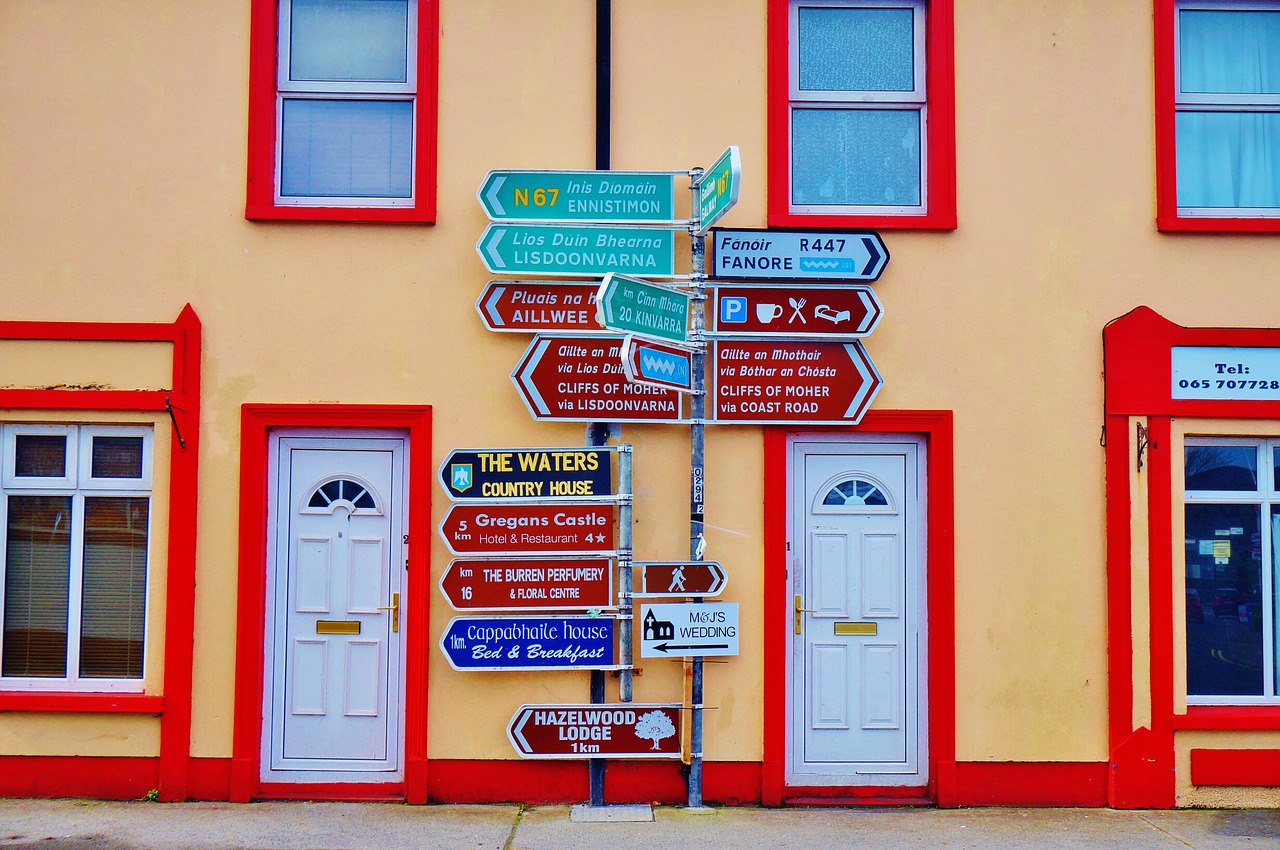 In a city that never sleeps, the morning sees the start of business in Galway’s vibrant commercial heart. Doors open onto the main thoroughfare, which is exclusively pedestrian, closed to motor traffic… giving the city center that lovely plaza feel.

Starting as William Street at the top end, the plaza becomes Shop Street, Churchyard Street, High Street and finally Quay Street at the lower, south end. With each name change, the character of the neighborhood changes too. Shop Street is retaily.

There is a shopping mall here, with its many chain stores, but Galway’s selection of shops pubs and restaurants are independently owned and-one-of a kind… for the most part. There is a prominent Easons here, the chain bookstore seen across Ireland – reminding us that this is a Varsity town, and a literary country.

Wrap up… and down a stout

Ireland gets a bad rap for its weather, in my opinion. It serves up its share of hot sunny days, when a cold ale goes down a treat. In the event of a cold day, pop in to the Irish Woolen Market and walk out in a traditional Irish seaman’s jersey; then treat yourself to a rich creamy stout across the way at the Kings Head Bar. Or, if your taste is for whiskey, try Molloys.

The bars and restaurants get more frequent as one strolls south toward the river, down into the lively Latin Quarter, where the café vibe (and the Galway buzz) reaches its peak.

Of course there are side streets too, all fascinating to explore, which lead on to different vibes and different neighborhoods, like Galway’s eclectic West End. Cross the Corrib river at the Wolfe Tone bridge and you’re there: in a very arty and entertainment-filled part of town.

If your idea of entertainment is to drink world-class craft beer, try Bierhaus. If you’d rather just have coffee, Urban Grind is a must. And if you’d like to maintain your yoga practice while on holiday, you can do that here too.

Asking where to stay in Galway is like asking where to eat and drink. In this city one is spoilt for choice. I’ve recommended an urban and a suburban option, starting in the city at the Galmont Hotel.

It’s a sharp, efficient and professional establishment, catering to the business set as well as the tourist. Not the cheapest hotel in town, but you do have your 4-star staples: fully appointed, impeccably styled rooms, a restaurant and a spa. Although I would suggest eating in the city. You’re right in the middle of it, after all.

We like The Salthill Hotel, on the promenade, or ‘the prom’ as the locals call it. The rooms at the Salthill are airy, the Wi-Fi is strong, and most rooms have gorgeous views out onto Galway Bay.

The town center is an evocative, sea-breezy, 2-mile stroll along the prom, past seaside bars, restaurants, fish-and-chip shops, ice-cream parlors, and the Fun Park, with its waterslides, roundabouts, laughing kids and rollercoaster rides.

Does it get any better of a summer’s night, to be in such a delight-filled place with the people you love? I think not.

For the pick of the B&B’s, see our Hotels and B&B feature.

Of all the towns and cities on the west coast, here is had the classic seaside holiday experience, from the fun park, to the aquarium, to this exquisite promenade.

It’s not exquisite in our normal scenic sense, perhaps… but to be out among the students, and the old salts, and to walk down the causeway out to Mutton island, is exquisite in itself.

On your way to Mutton Island, you’re likely to see seals, perhaps even an otter, and dolphins in the bay. You WILL see an amazing array of birds. (The amount of wildlife in Irish cities never ceases to surprise me.) 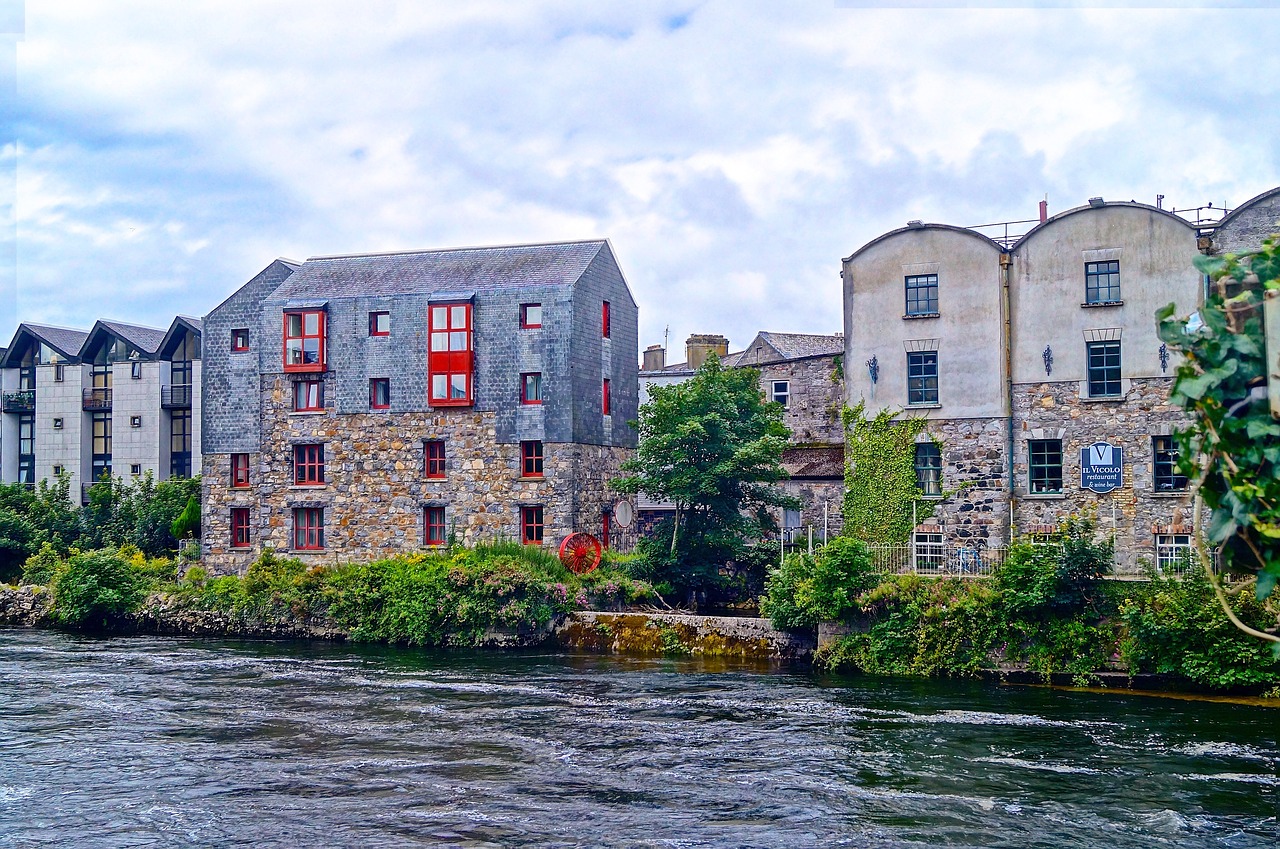 Again, it’s a question of preference. But you HAVE to go to the legendary McDonough’s. It appears to be just an ordinary takeaway fish-and-chip shop, but it is world-renowned, and the aroma, and the queue, is out the door.

On the other side of the spectrum is Anier. I’ve not eaten there myself, but the Michelin-star says it all. I have eaten a scrummy veg platter at McCambridges; and had some out-of-this world sushi at the WA Café… oh, and my wife and I make a point of buying a dozen oysters at the Galway market.

You've also one of Ireland's very best Italian restaurants in Galway City too - Il Vicolo. With my wife being Italian it is seldom she'll find an Italian restaurant outside of Italy that she enjoys - this one passes the "Maria" test.

To sum up: Galway is the most evocative of places, and an absolutely brilliant stopping point on the Wild Atlantic Way.